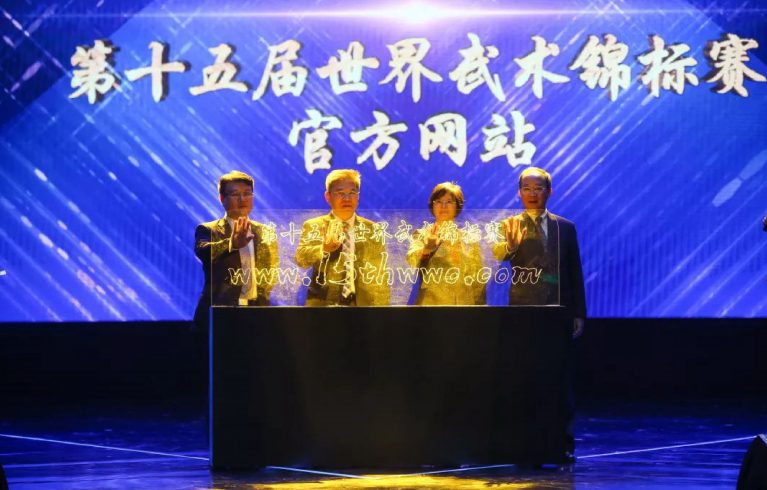 The 15th World Wushu Championships (WWC) will be held in Shanghai in October of 2019, and preparations are busily underway. The worldwide launch ceremony of the Championships’ logo and mascot was recently held at the Minhang Stadium in Shanghai, China on November 23. 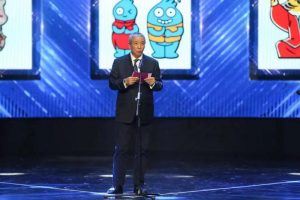 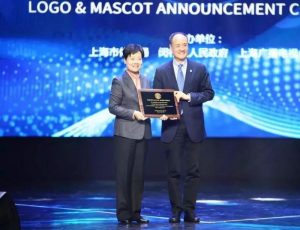 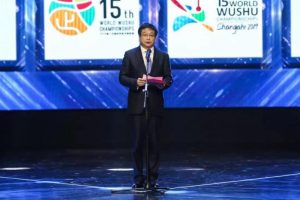 A Worldwide Premiere of the Logo and Mascot: Elevating Wushu

On September 6, 2018, a design competition for the 15th World Wushu Championships’ logo and mascot was officially announced. By the deadline on September 30 two weeks later, 227 total submissions both from within China and abroad were received, with 139 logo submissions and 88 for the mascot. The entries showcased a wide range of features and demonstrated a high quality of artistic abilities. 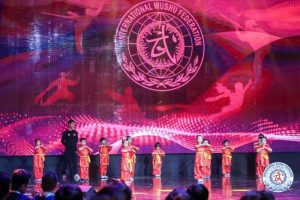 Participants’ pedigrees ranged widely, from teachers and students at well-known Chinese design schools to professional designers from Japan and India. There were even entries from young wushu enthusiasts who submitted hand-drawn illustrations with crayons and colored pencils — in their gentle brushstrokes and rich imagination, their understanding of wushu and their best wishes for the 15th WWC were clear. The youngest contributor was only 5 years old! After much deliberation and a final vote by the expert jury of the 15th WWC Preparatory Committee, one winner for the logo and one for the mascot design were selected out of 7 logo and 5 mascot finalists.

The logo for the 15th WWC gives the first Chinese character in the word “Shanghai” an inspired twist, using artistic elements to bring forth a clear feeling of a dynamic wushu athlete while resembling the shape of the character (上). The colors and flow evoke imagery of the Yangtze River rushing towards the sea, reflecting Shanghai’s open, innovative, and inclusive character. The identities and histories of Shanghai and wushu come together to create something unique in the modern world. The mascot of the 15th World Wushu Championships is called “Little Longma Haihai” (English pronunciation: “Hi-hi”). Haihai is based on the Chinese mythical creature called a longma, a creature that represents the national spirit of self-improvement and passion, inspiring Shanghai with courage and igniting the flame of progress and dedication in wushu. Haihai’s traditional Chinese garb with a yulan magnolia pattern is a reference to Shanghai’s official city flower, while the name “Haihai” sounds like the English “Hi hi,” — a warm greeting between friends that welcomes wushu from all over the world to the city, bringing an unmatched wushu energy to Shanghai in 2019.

The official event website was also announced at the ceremony and it will be the designated source for competition information regarding registration, event details, competition progress and results, and any other related activities. All 15th WWC venues will be located in Minhang District, Shanghai; this was was made official with the 15th WWC Preparatory Committee’s awarding of official recognition to Minhang District at the ceremony. Moving forward, Minhang District will strive to ensure the competition venues and facilities’ construction, community management, and general preparation are carried out with the finest attention to detail and combine to make a unique event full of excitement and enthusiasm. 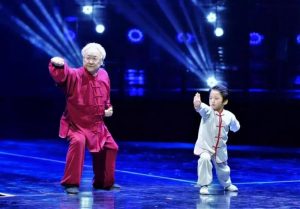 A year before the start of the 15th World Wushu Championships the countdown has already begun — Shanghai is in “wushu mode.” As the competition approaches there will be related activities around the world, including media competitions, and a 2019 Shanghai Wushu Festival. Let the wushu people of the world come together to create a World Wushu Championships unlike any other! 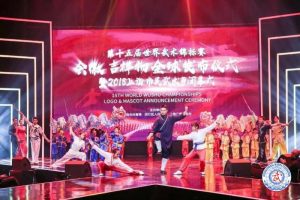 More updates on the upcoming 15th WWC are coming soon.