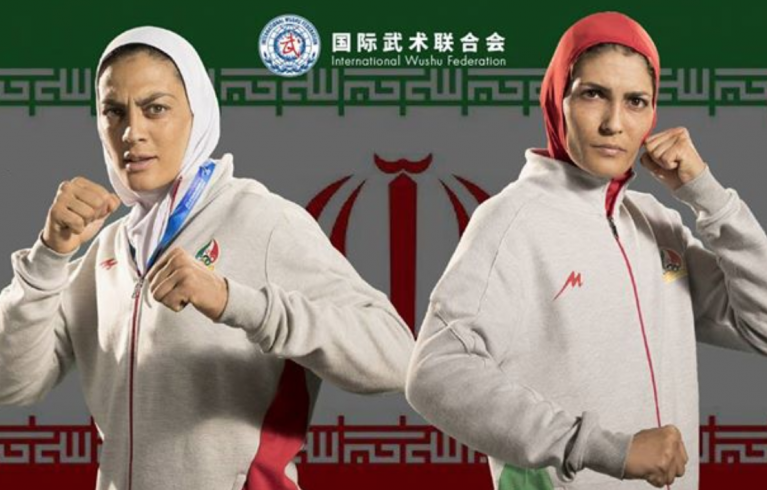 In the world of sanda fighting, Iranian sisters Elaheh and Shahrbano Mansourian are elite champions. Between them they’ve won dozens of international medals — and they are also inspiring role models to a new generation of Iranian girls with Olympic fighting dreams. Sanda has lifted them out of poverty and given them professional status and financial freedom. They are highly recognized and respected in Iran as pioneering athletes who bring gold and glory to the nation, and they also work tirelessly to promote wushu in Iran and around the region. 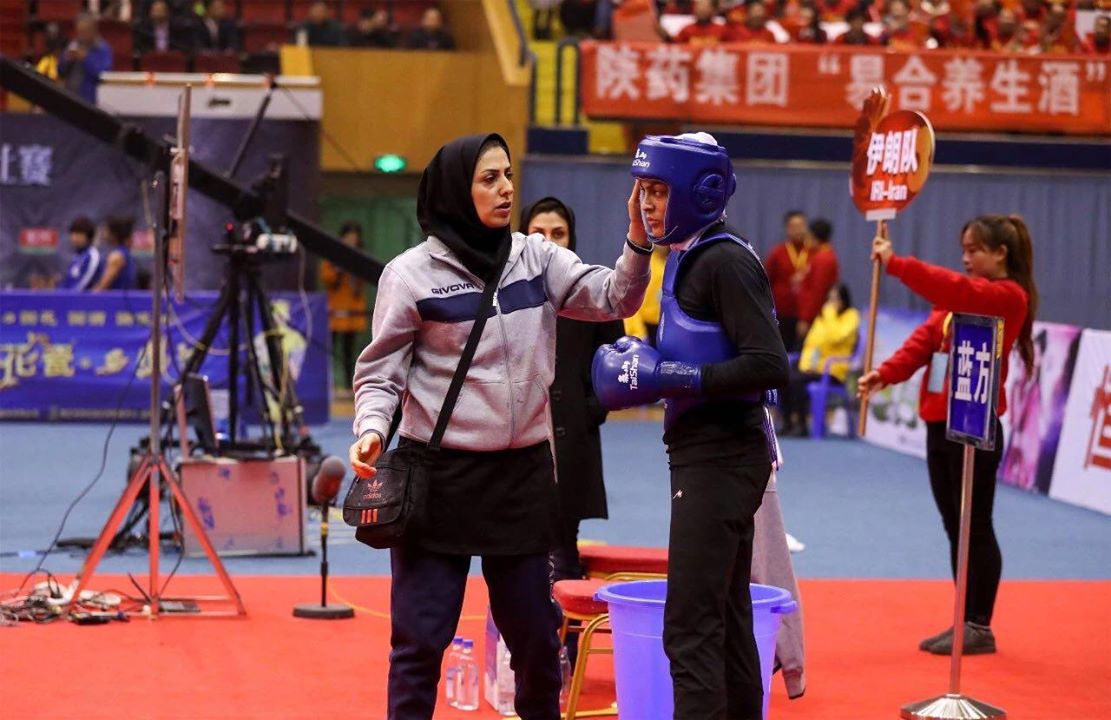 Growing up in a poor family with six children, Elaheh and Shahrbano’s discovery of sanda fighting took them on an odyssey to become world champions. As well, they have been instrumental in demonstrating that technically women are every bit as exciting to watch fight sanda as men. The Mansourian sisters have been critical in this global achievement. The Iran Wushu Federation was one of the first to recognize the value of training top level female sanda fighters, and the success of the women’s sanda team has helped shine a spotlight on wushu in Iran, in turn helping the sport to grow in popularity and government support there. 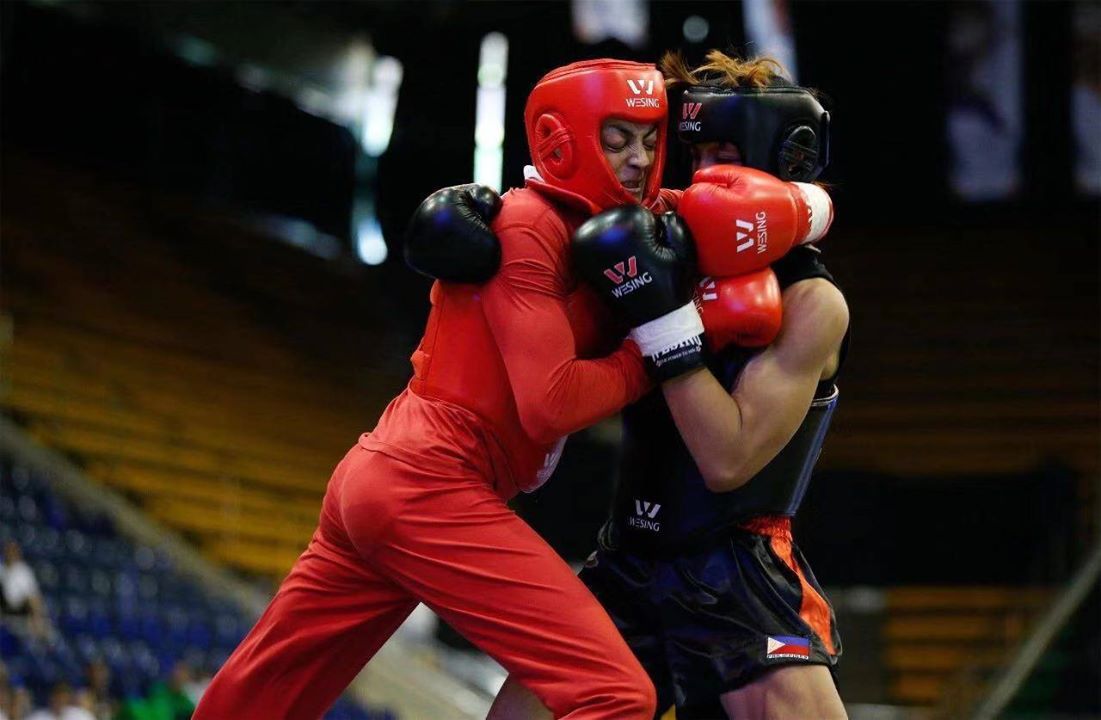 For Elaheh and Sharhbano, becoming sanda champions was a way to escape from the grinding poverty they were born into, and also help their family find a home and security.

The family didn’t own their own farm but were tenants in an already poor area. Looking for a way out, the Mansourian sisters searched for a sport that could help give them all a better life. Sharhbano, 31, the eldest, was interested in karate, but soon turned her attention to wushu’s full-contact sanda in 2004. She says, “I always liked fighting since I was a kid, but I saw that sanda was a suitable way to channel my energies.” 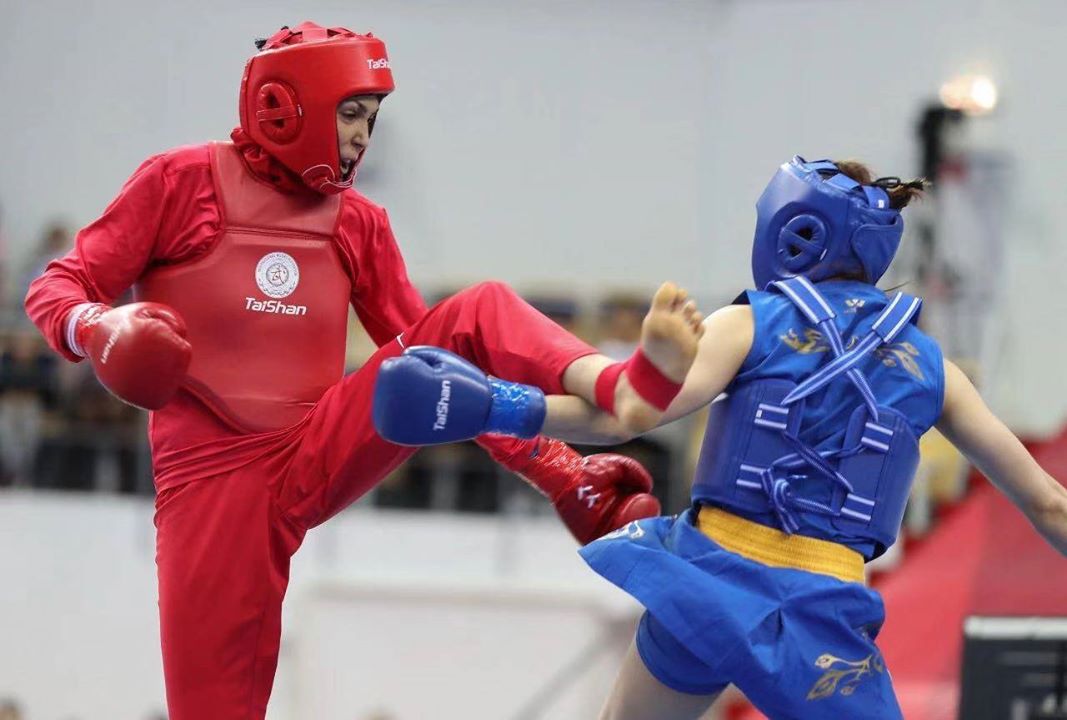 Her little sister Elaheh was six years younger. She was also intrigued by sanda, and she wanted to join too. What stood in their way was money. There was only enough to scrape together for the eldest daughter to go to wushu school. But when Shahrbano came back from each class, she taught all the sanda techniques she learned to Elaheh. Whether it was from growing up in a tough childhood, or innate natural talents, or iron-willed discipline to train for long hours, the pair of sisters were quickly noticed by the Iran Wushu Federation. 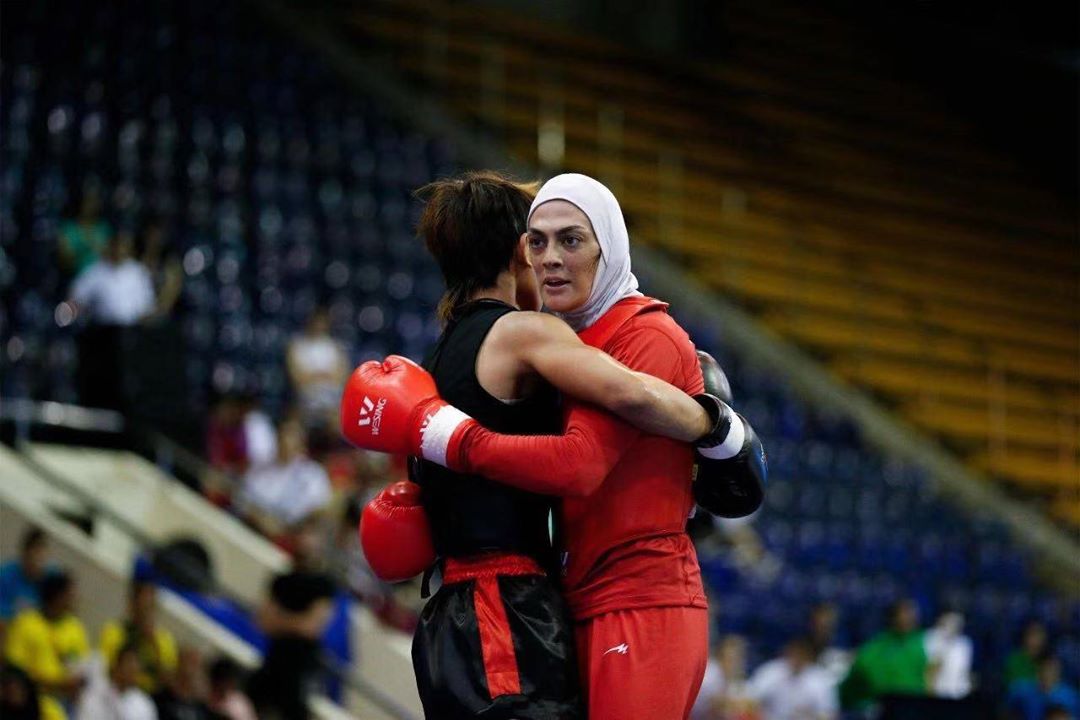 Shahrbano was the first wushu graduate in the family, but Elaheh was a prodigy. She qualified for the national youth team and won her first wushu medal – a silver — in Korea’s Asian Youth Championships in 2007 when she was 16. Two years later she was fighting at the World Wushu Championships in Canada, and won another silver medal. She vowed the next would be gold – and she was right – in 2010 she won a gold medal at the Sanda World Cup in China. But the following World Championships in Turkey brought a disappointing bronze, and Elaheh doubled down to train harder. 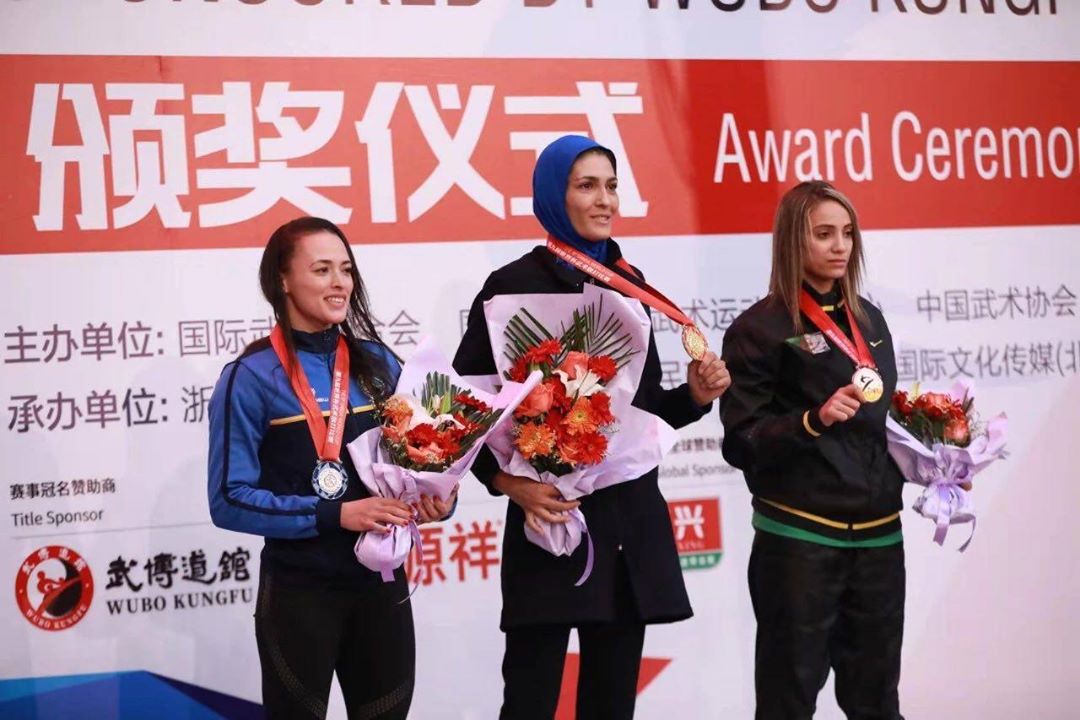 Two years later in Malaysia at the 12th World Wushu Championships, Elaheh made it to the finals, and won her fight against a tough opponent after having her cheekbone shattered by a kick. She refused to quit the fight – and won. She was not only a winner, she was a hero. Pictures of her battered face, and painful smile as the referee raised her hand in the ring, flew around the world on the internet, along with the story of her bravery and grit. It took her six months to recover. 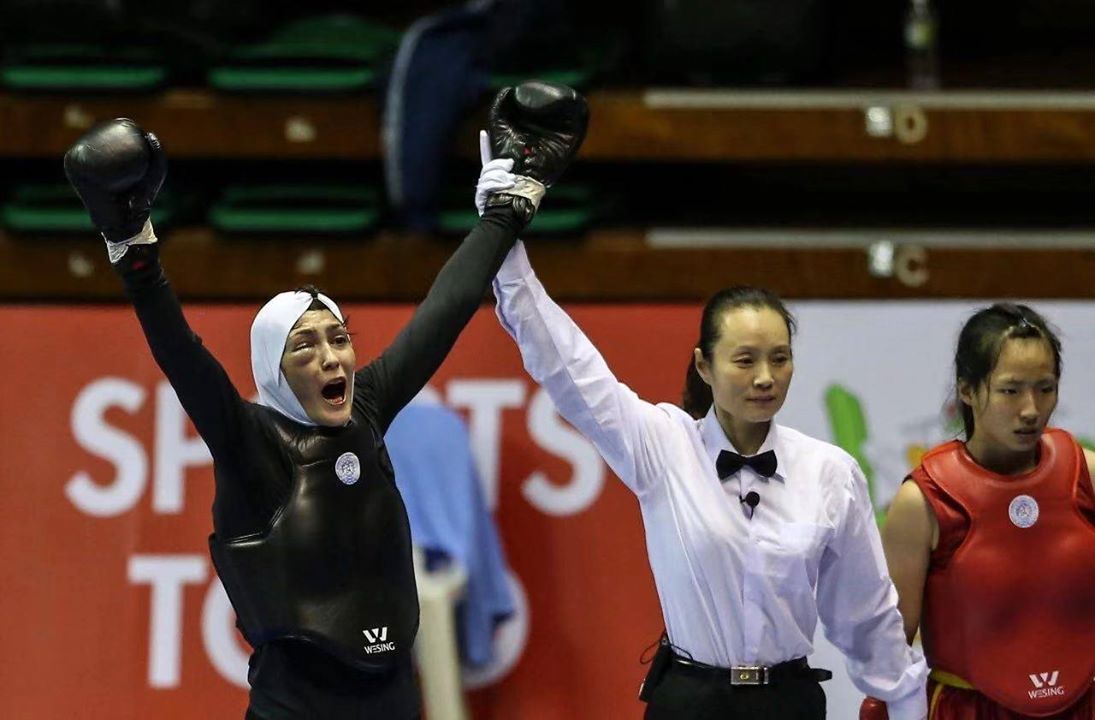 All those years, Shahrbano was at her sister’s side at most every sanda competition, fighting 2 weight divisions up. It was her golden road all the way, starting with a gold medal in Turkey at the World Wushu Championships in 2011, another in 2013 in Malaysia, and again in 2015 in Jakarta. One of her biggest challenges was defending her title in the 8th Sanda World Cup in Xian, China, which she did in one of the toughest fights of her career. 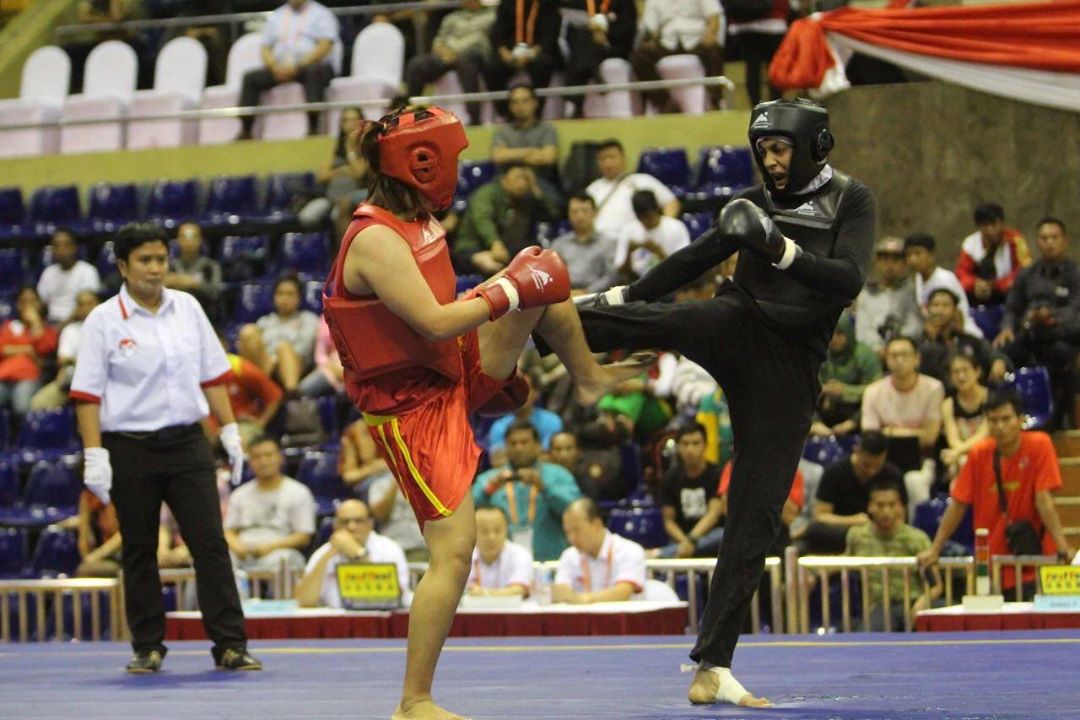 The Mansourian sisters celebrated double gold medals in both the 9th Asian Wushu Championships and in the 14th World Wushu Championships in Kazan – and then again at the 9th Sanda World Cup in Hangzhou in 2018! And back home in Iran? They’ve come a long way from being poor farm girls. Finally, there’s security, as well as honor. As professional athletes they receive a steady salary from the Sport Ministry. Each gold medal also comes with a large cash bonus, which lets the Mansourian sisters pursue their sport careers and achieve financial independence. 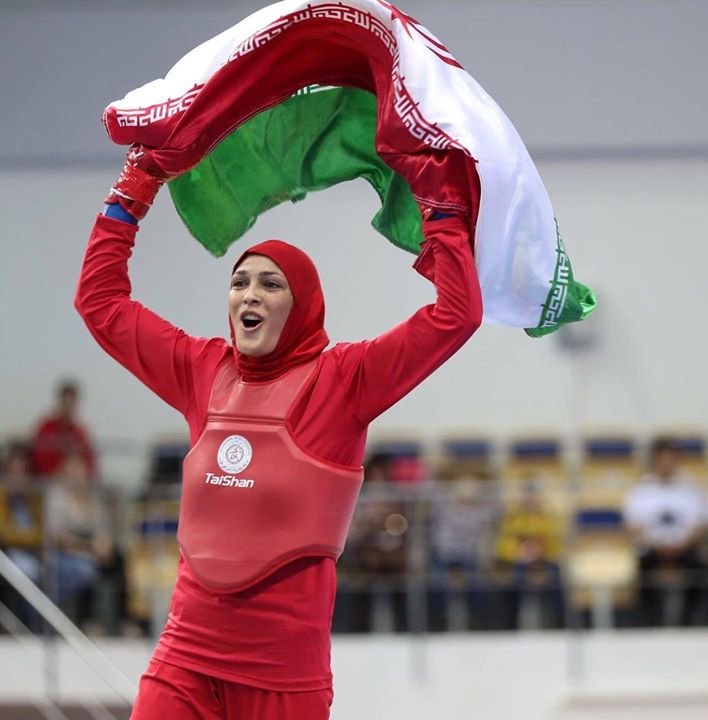 Shahrbano is married and lives in Isfahan. Elaheh has opened her own business, a club for fitness and martial arts, also in the city of Isfahan. With her earnings, she supports her whole family since Shahrbano got married. Off the leitai, the Mansourian sisters train daily and mentor younger women athletes who are hoping to achieve the same level of world champion. In fact, they also train their middle sister Soheila – who is following in their footsteps and recently took a bronze medal in the last Asian Wushu Championships. 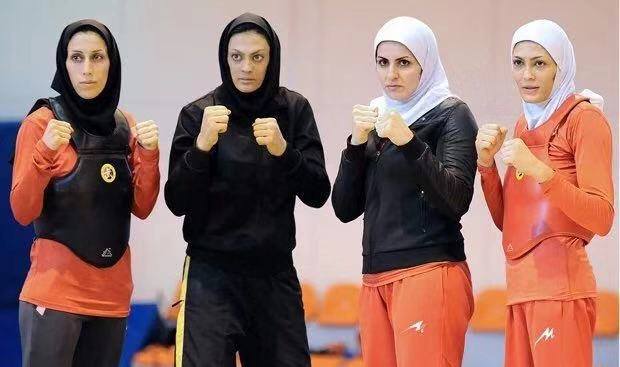 In Iran Elaheh and Shahrbano are now famous – their gold medal wins make the national sport news, and there have already been three documentaries made about them. The latest is called “Zero to Platform” – it recently screened at the Iran International Documentary Film Festival, where it won best documentary feature, and became the most viewed documentary in Iranian history. 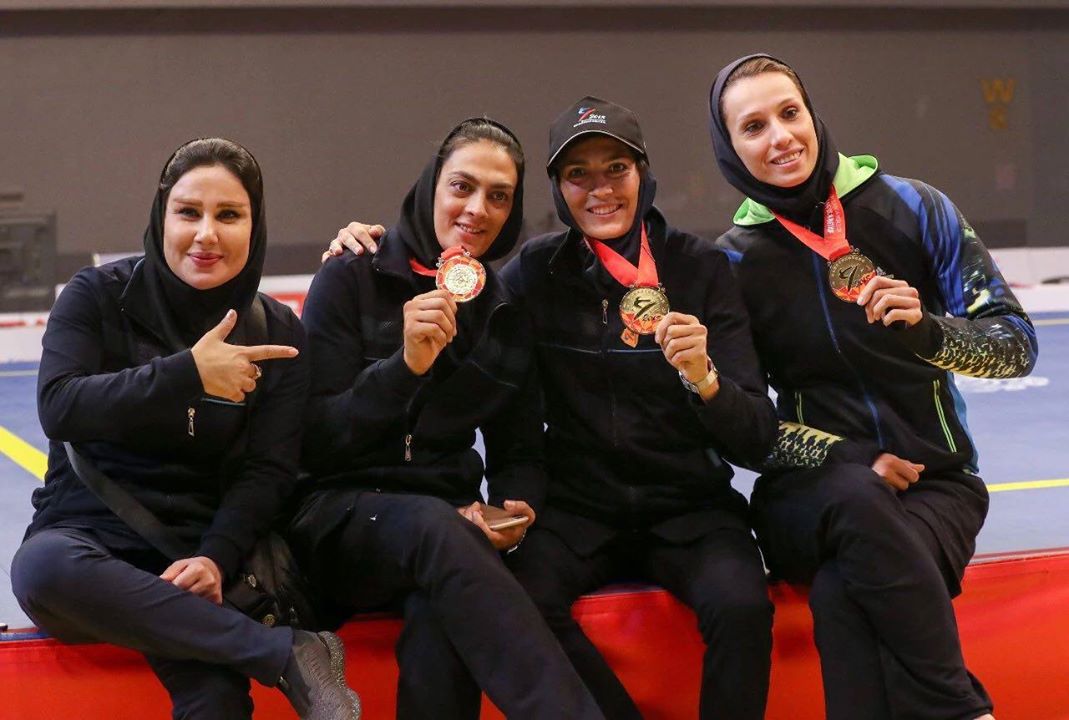