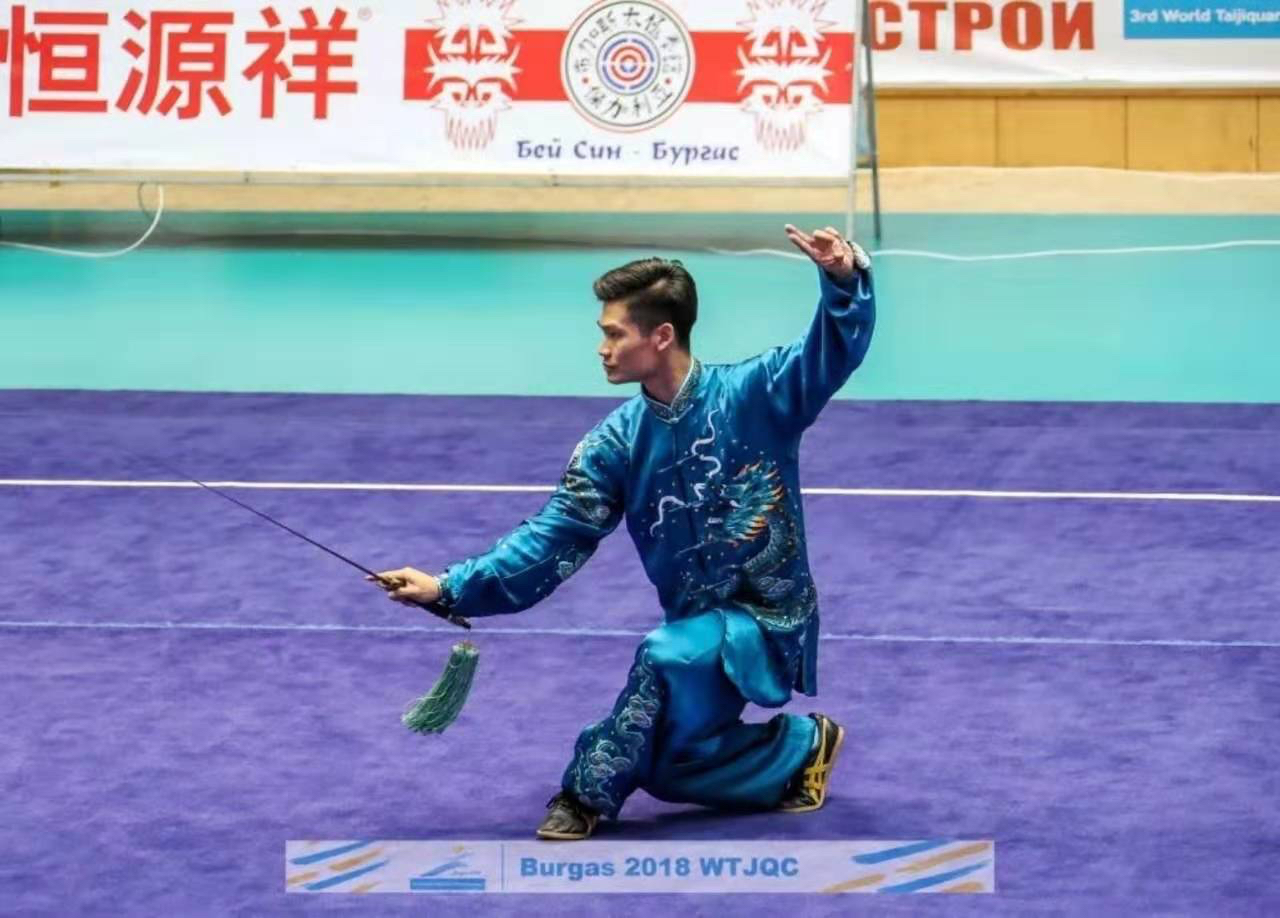 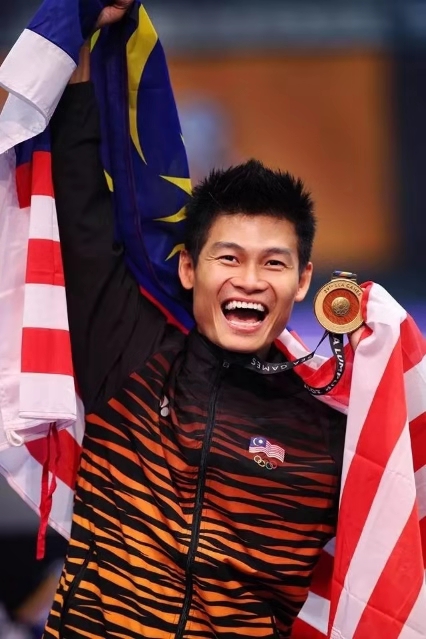 Malaysian star athlete Jack Chang Loh is a familiar face on the international wushu championship podium, having won multiple honors for his country and his team. Over the past 13 years with the Malaysian Wushu Team, he has taken gold medals in taijiquan in the World Wushu Championships, the World Taijiquan Championships, the ASEAN University Games, and the SEA Games.

Loh was awarded the BEST MALE ATHLETE award in the SARAWAK STATE SPORTS AWARDS in 2015/2016; he was nominated for the BEST MALE ATHLETE AWARD in the Malaysian NATIONAL SPORTS AWARDS in 2009 and 2015; and he was named the YOUTH & SPORTS ICON OF SARAWAK by the Malaysian Ministry of Youth and Sports in 2011. With his outgoing and sunny character, Loh has also helped increase the popularity of taijiquan in Malaysia, especially among many younger athletes. 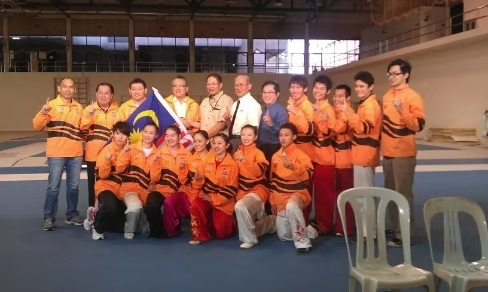 We asked Loh how he got started in wushu. “In my younger days,” he says, “I loved to watch kungfu action movies. At that time, I hadn’t learned about what the sport of wushu was really, but I was so in love with the ‘handsome and fancy’ kicking, jumping, and twisting moves! I was a fan of Bruce Lee, Jet Li, Jackie Chan, and other wushu stars.

“Eventually,” he continues, “I had the chance to experience training in wushu at the age of 14 when I was in my secondary school in my hometown of Miri, Sarawak. My interest deepened quickly, and I began to train hard and study the sport in more depth. All this hard work led me to represent my school, and eventually my state and my beloved country, Malaysia!” 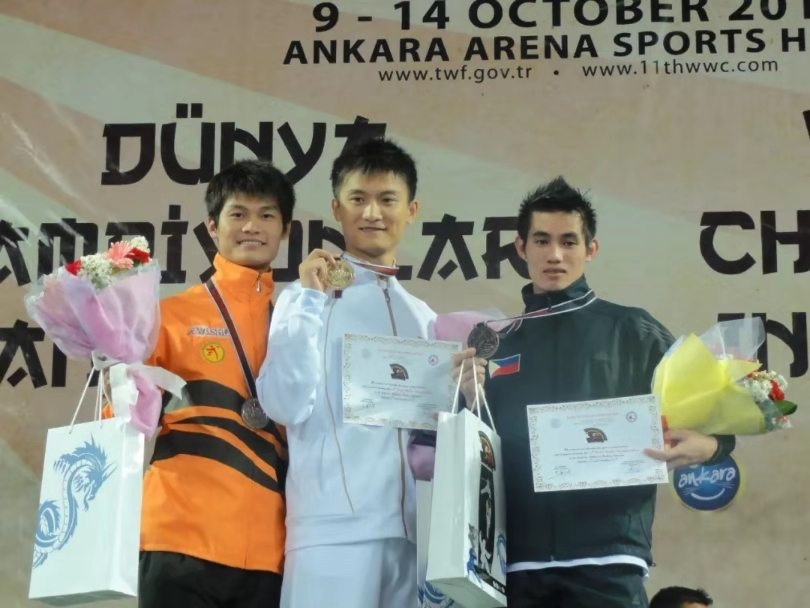 What made him pursue taijiquan? Loh recalls, “Actually it was my coaches (Zhang Fuyun and Yoong Thong Foong)  who recommended to me to try out taijiquan.  Previously I practiced changquan. At the time, they pointed out my characteristic style and sense of movements were more suitable to do taijiquan, so why not give it a try? At first, I felt that taiji was boring due to the slow pace of movements, and the basics took a lot of time to polish. But after some time practicing, I gained much experience as well as confidence in mastering the movements and difficulties. Then, I started to fall in love with taiji.” 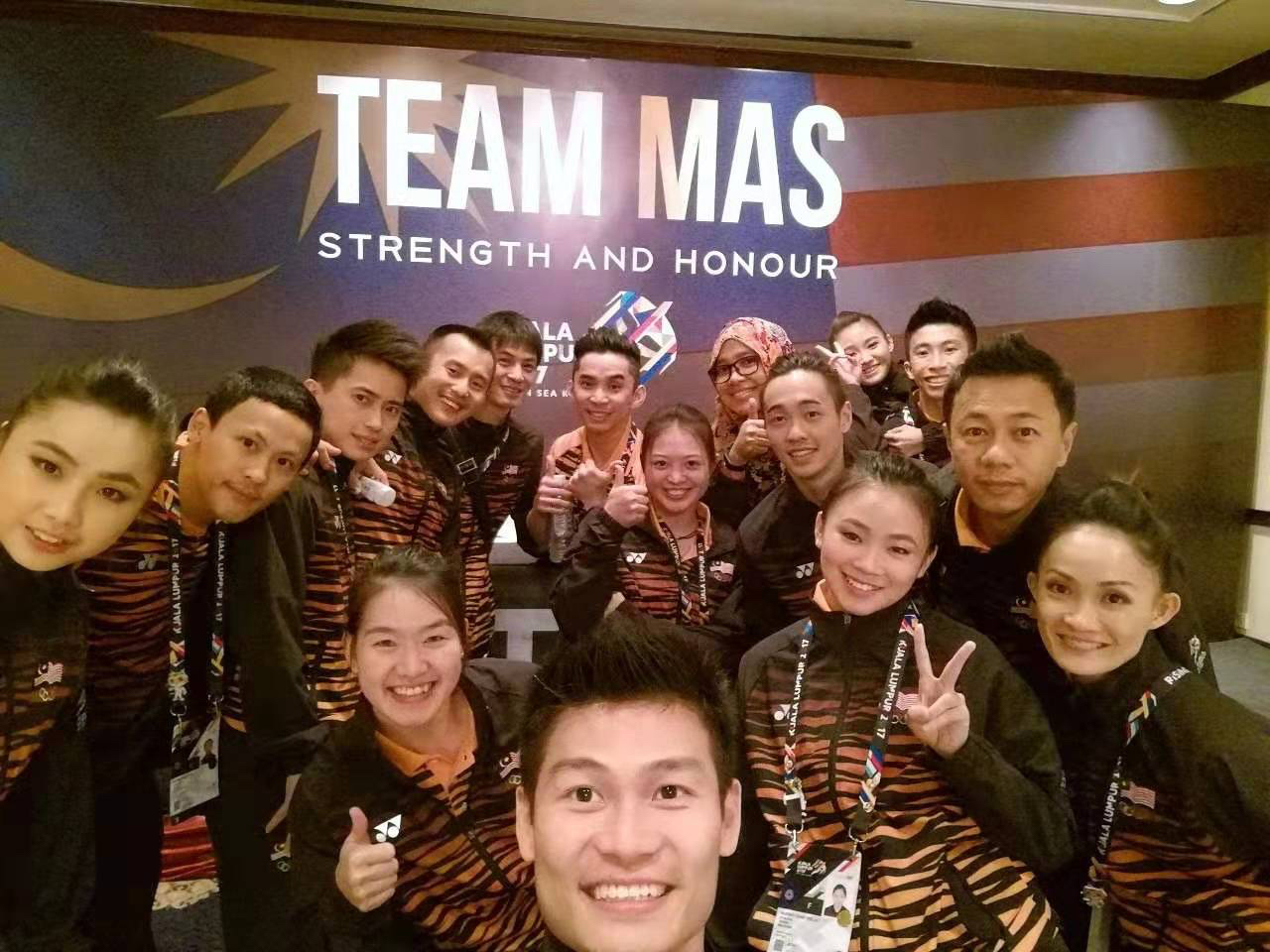 Loh’s first competition experience in taijiquan was during the 2006 Shanghai Invitational Championships. “At that moment,” he recalls, “I was still a rookie in taijiquan, so I was quite nervous and my legs would not stop shivering throughout the routine.” But just a few years later Loh was climbing the medal podium with confidence, winning a silver in Men’s Taijiquan in 2008 at the 7th Asian Wushu Championships in Macau, China, and then a year later taking silver in the Men’s Taijiquan Sword and bronze in the Men’s Taijiquan at the 10th World Wushu Championships in Toronto. In 2009 he also competed in the 25th SEA Games in Laos and won a gold medal in Men’s Taiji Sword and Taijiquan combined. 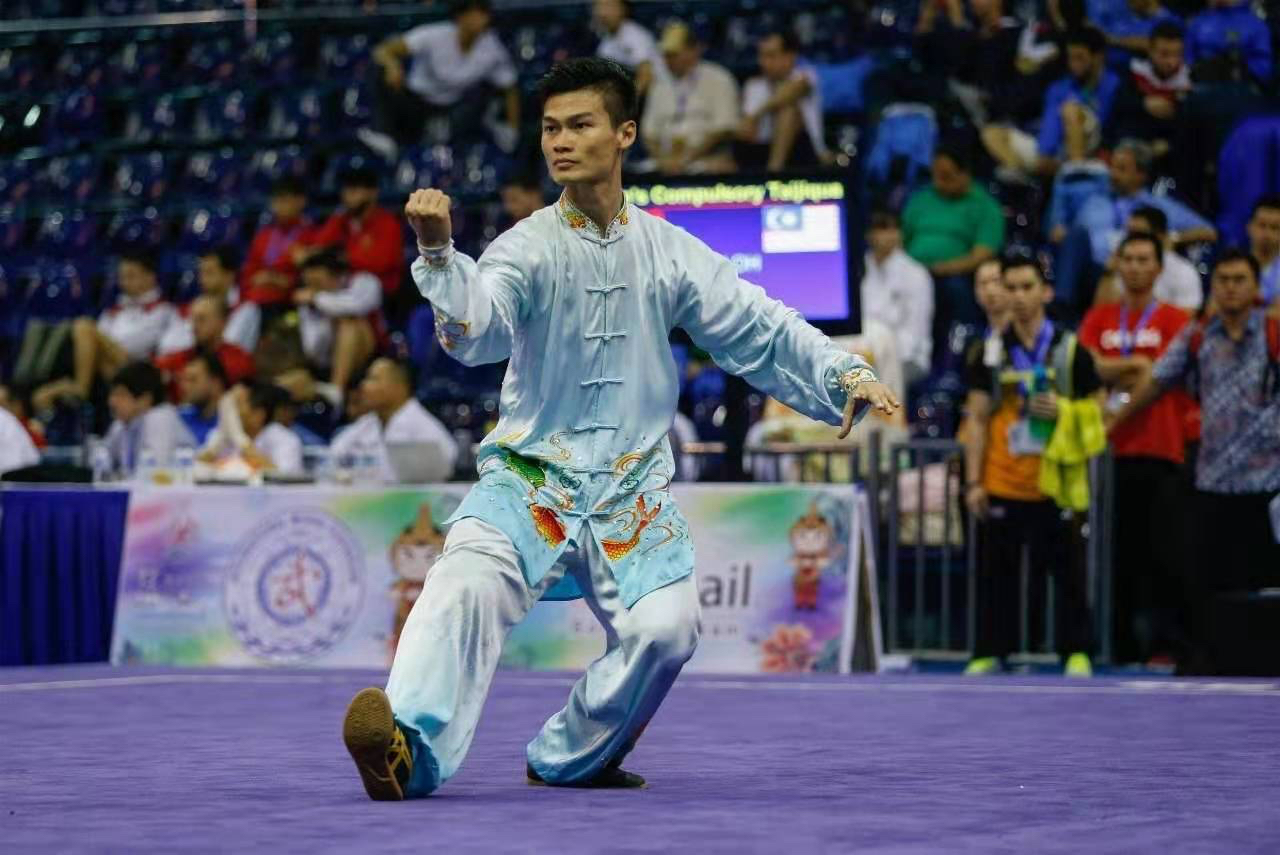 “One of the best competition experiences I’ve had,” Loh remarks, “was during the 2018 Asian Games in Jakarta. I had food poisoning the day before my event started, so I had to fight mentally and physically in order to get myself ready for this life-time event. Well, I did not finish the game perfectly but I am glad that I managed to give a good showing from Malaysia!” He continues, reflectively, “I think that the most meaningful competition experience was during the 2017 SEA Games in Kuala Lumpur. There I was able to raise the Jalur Gemilang (Malaysia’s national flag) and to sing Negaraku (Malaysia’s national anthem) all together with the Malaysian supporters on the podium. It was really a proud moment of a lifetime not to be forgotten!” 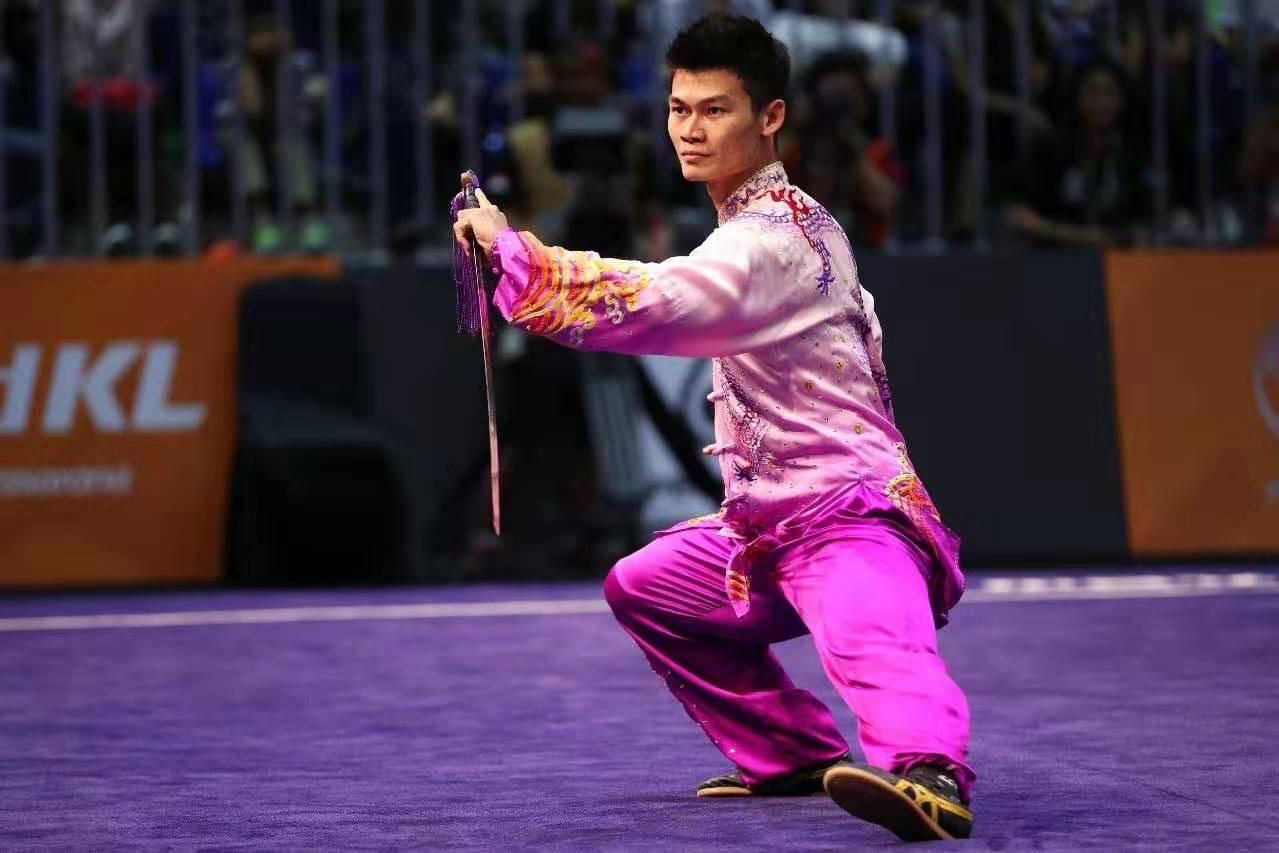 We asked Loh what is his biggest challenge in wushu? He replies, “The biggest challenge is fighting with injuries. Since the difficulty rules were implemented, I believe most of the wushu athletes suffer minor or even serious injuries along their journey. While finding ways to recover or to heal are always difficult for most of us, with the support from all the coaches, management team, teammates, and technical staff, you will find that it is actually not that arduous.”

Taijiquan is well-known in Malaysia, but after becoming a world champion Loh also became an inspiration and a role model to younger athletes there. Loh says, “I was told by some quite junior athletes that they started taijiquan after seeing my performance. This is indeed a great motivation for me to push myself forward in taijiquan. My teammates always seek my opinion about their taiji movements and we always discuss together on how to improve the form and technique.”

Training, traveling, and competing with his Malaysia Wushu Team teammates and coaches proved to Loh to be a meaningful, interesting, and enjoyable experience. “It is always fun,” he says, “to have the opportunities to travel overseas with a bunch of keen competitors with so much enthusiasm for wushu. The journey will never be boring when you are with them, as lots of laughter and positive vibes flow around us. They are always ready to motivate whoever is down and share the joy with whoever achieves success. I also have wushu friends from all over the world!” 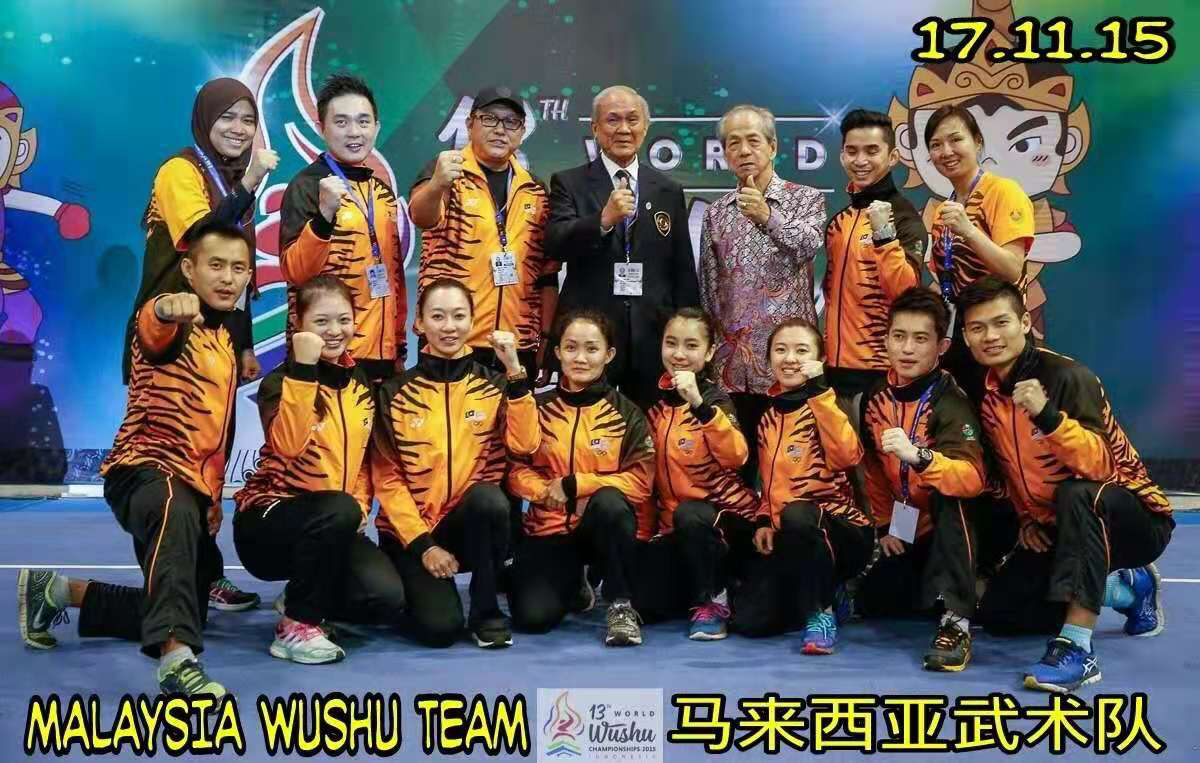 At 33, with so many golden achievements and fine memories, Loh has retired from wushu competition this year, not without emotion, but also with a philosophical point of view. He notes, “It is always unbearable to leave the life of a professional wushu athlete, to move on from what I have built up in myself, and the experiences with my team and the honorable memories of fighting for my beloved country. But, you will have to let go when the time comes. Then, I will always try to find a different way, with love, to contribute myself and my experience to Malaysia, to taiji, to wushu!”

Loh is also quick to give thanks and credit to his longtime Malaysian “wushu family,” and says proudly, “With all the support and guidance from the Wushu Federation of Malaysia, coaches, officers, teammates, friends and family, the Malaysian Wushu Team has been shining in all the international meets throughout the decades. These are the great honors and proud moments that will never be forgotten! WUSHU! You will always be in my heart!” 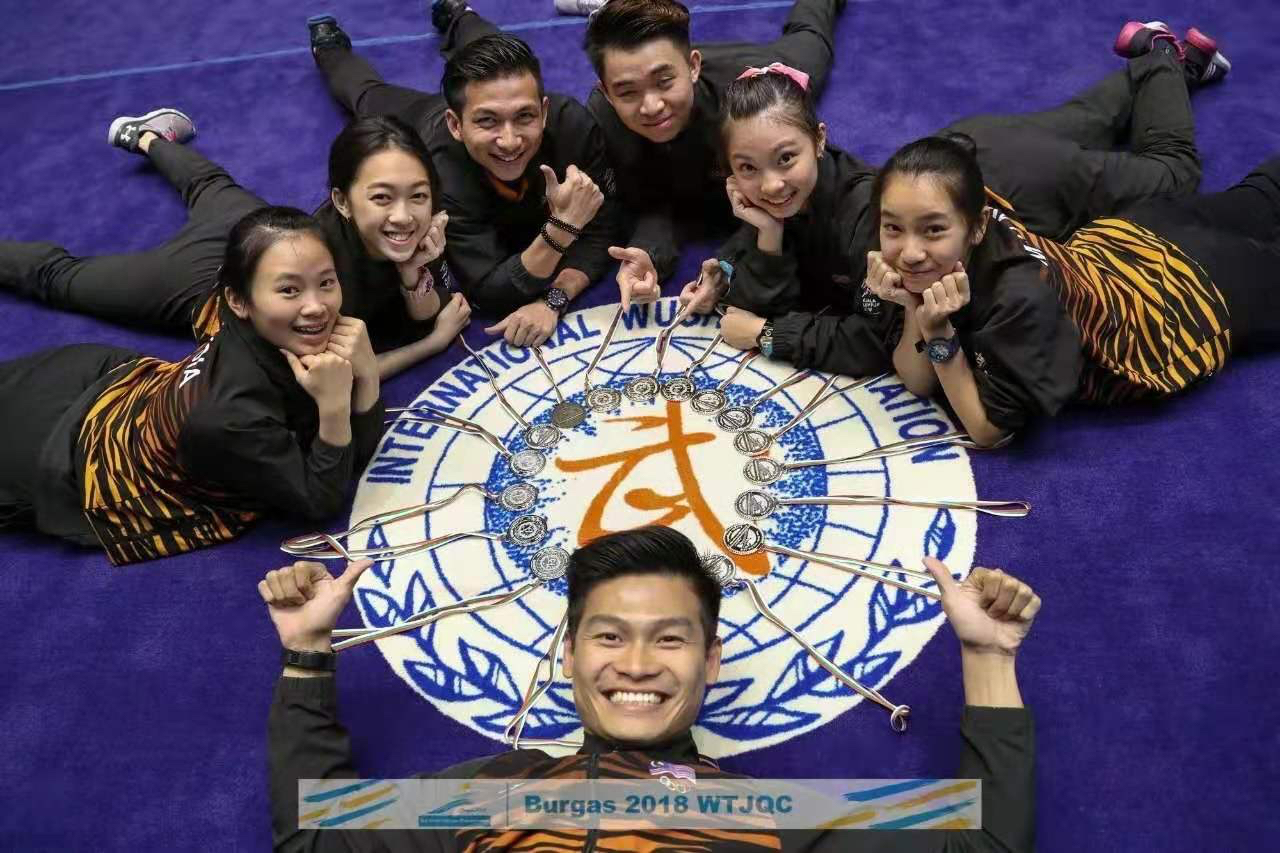