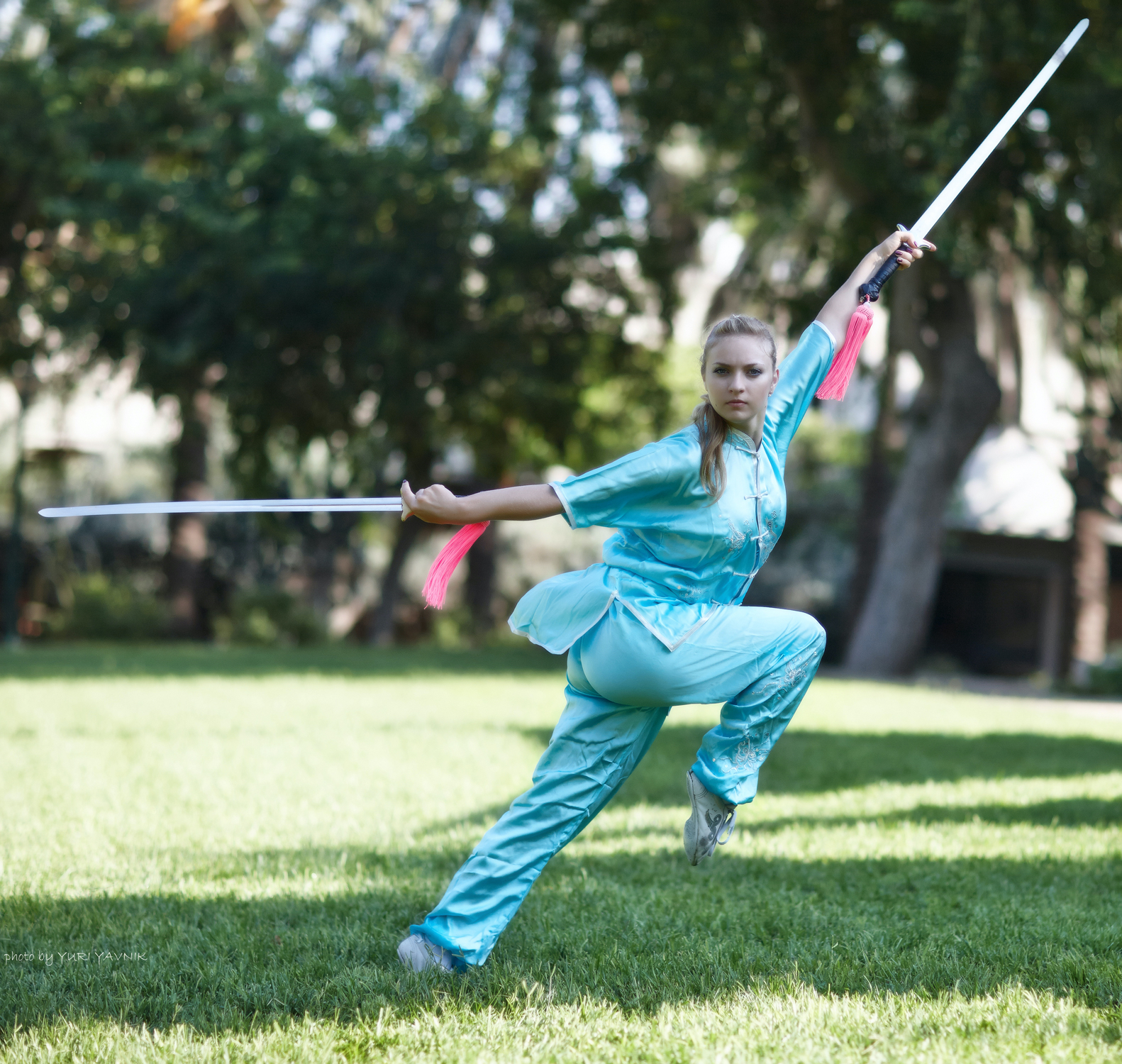 When Israeli wushu champion Anastasia Chiriliuc won the gold medal in Shuangjian at the 15th World Wushu Championships in Shanghai it was her highest achievement in a lifetime of wushu, and the pinnacle of a near two-decade sport career. It was also an emotional and historic moment for the Israeli wushu team and the Wushu (Kung-fu) Federation of Israel. From having never medaled in a single WWC before, Israel rose to ranking 14th out of 87 countries in Shanghai. Anastasia says that when the judges announced her score, and when she finally realized she had won the gold, “I couldn’t believe it at first – it was a shock, and then immense excitement.” A short while later, when her flag was being raised over the gold medal podium and her national anthem was played, she says, “I felt a great honor and pride, being able to represent my country with such a huge success.” 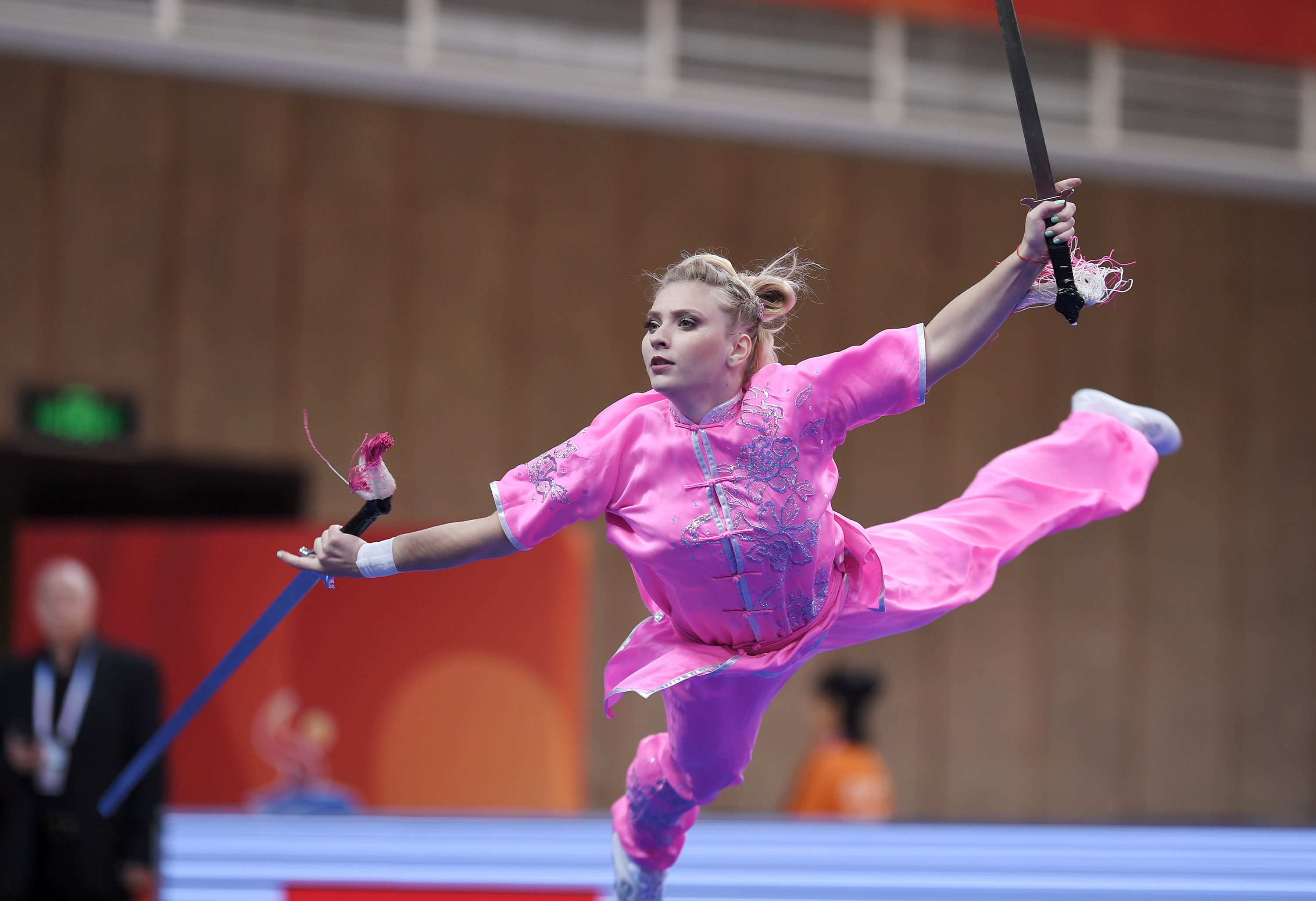 Indeed, it was a remarkable success, and Israel’s first World Championships medal in history being gold made it all the more compelling. A former junior wushu champion, and many time top European champion, Anastasia at 24 has a distinct sense of self-possession when she steps into the competition ring. She had a good feeling in Shanghai; still, there were nerves. She recalls, “Before my performance I was a little stressed, but when I went out on the carpet I was very-goal-focused. I left the floor with a confidence that I did the best I could and maybe a little more.” Did she think it was good enough for a spot on the podium? “I was confident I would be in the medals,” she says, “but I was not thinking about being the champion, because that is a completely different thing. But I did, and my coach Alexander was very happy and proud.” 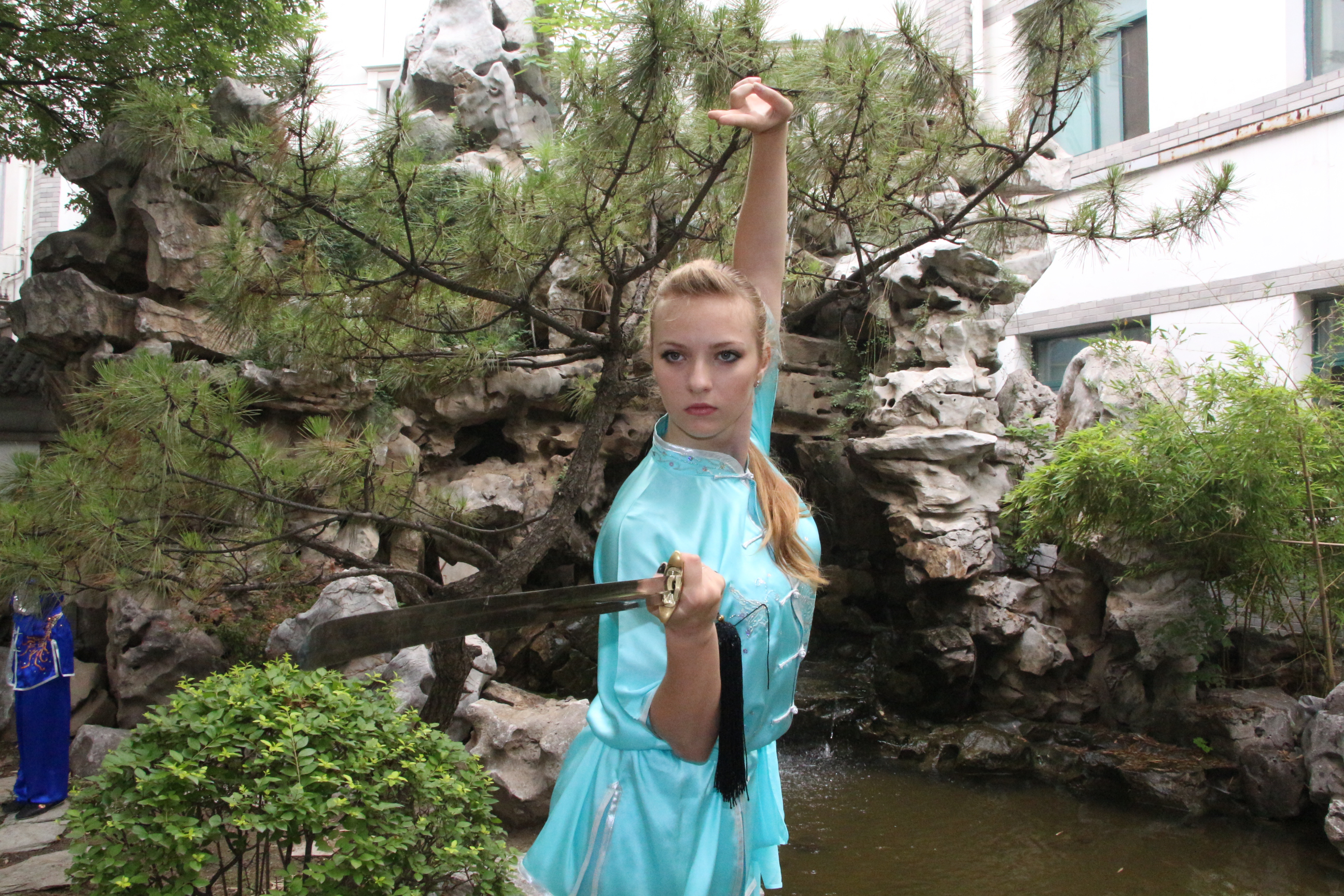 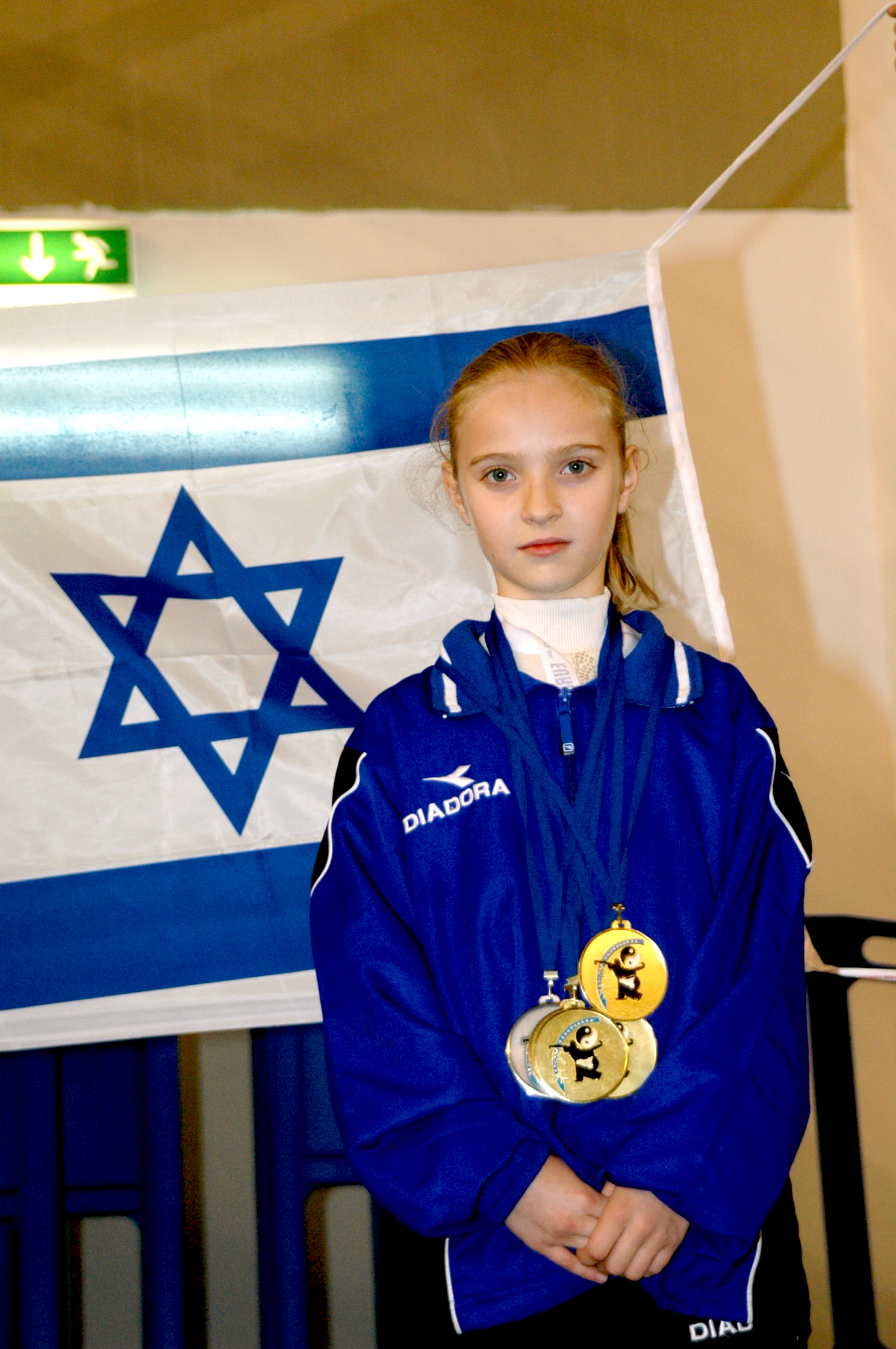 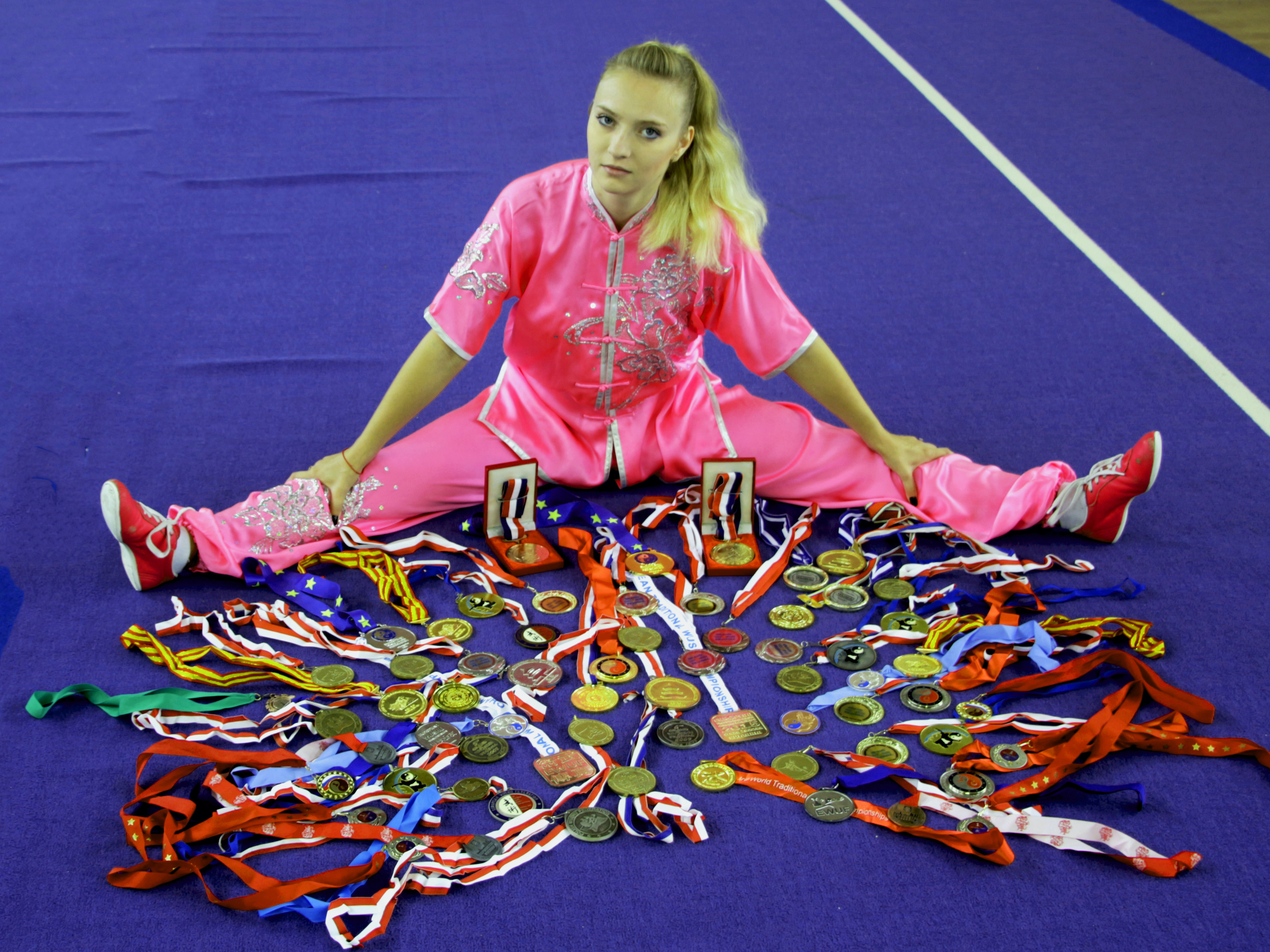 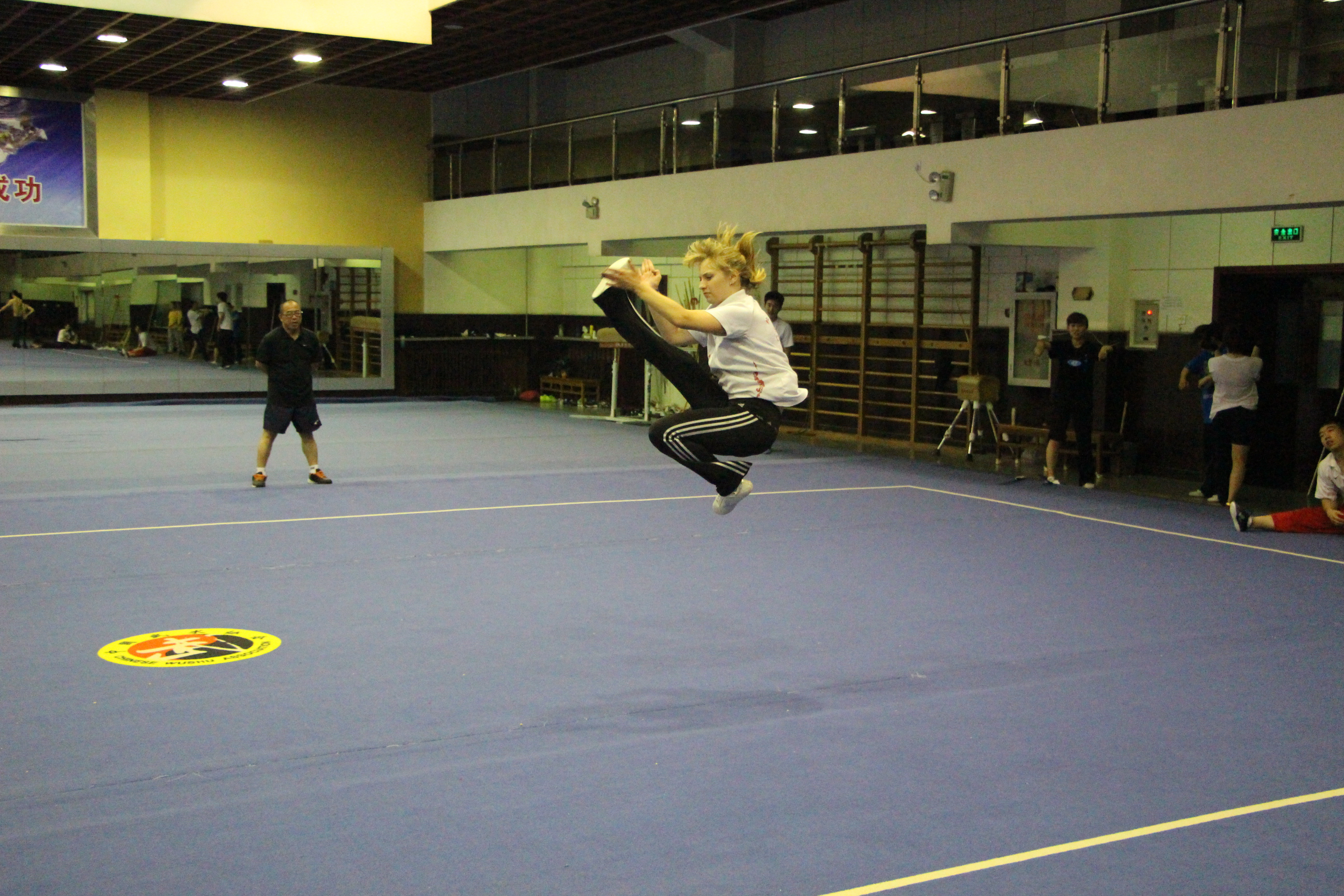 Now a hero for the sport of wushu in Israel, Anastasia looks forward to helping her federation promote it more through her new athletic fame. The Wushu (Kung-fu) Federation of Israel has cast a wide net and made concerted outreach efforts, showing how a tiny country with few funds can make select, well-planned campaigns. They work closely with the Chinese Embassy in Israel and other organizations like the China Cultural Center, performing frequently in prominent media signature events that offer good publicity. This is a good example of how more modest wushu federations can partner with established organizations to obtain sponsorship and support and help them grow – and indeed how this support can change the history of wushu in a small country like Israel. Federation President Frenkel expressed gratitude for the support they have received, both ongoing and for the Shanghai World Wushu Championships. He says, “We’re very grateful to His Excellency, Ambassador Mr. Zhan Yongxin, and Ms. Tao Chen, the Director of China Cultural Center in Tel Aviv, who have helped a lot to promote wushu in Israel. They are the main sponsors of the Ambassador Cup, and they provided great help for Anastasia to be able to participate in the WWC in Shanghai. Together with the Municipality of Rehovot, and Ayelet (Federation of Non-Olympic Competitive Sports in Israel), they have provided enormous support for the development of wushu.” 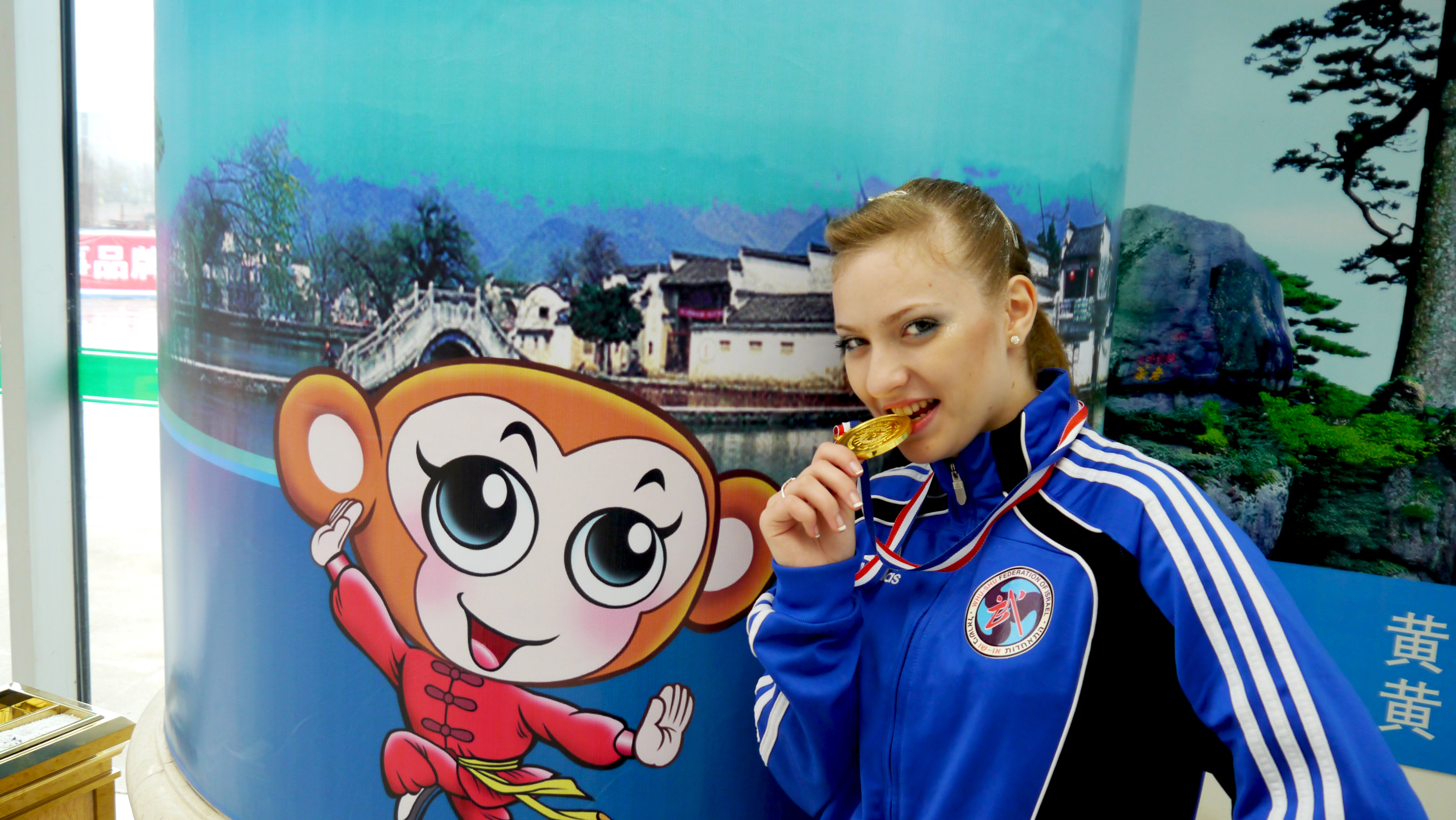 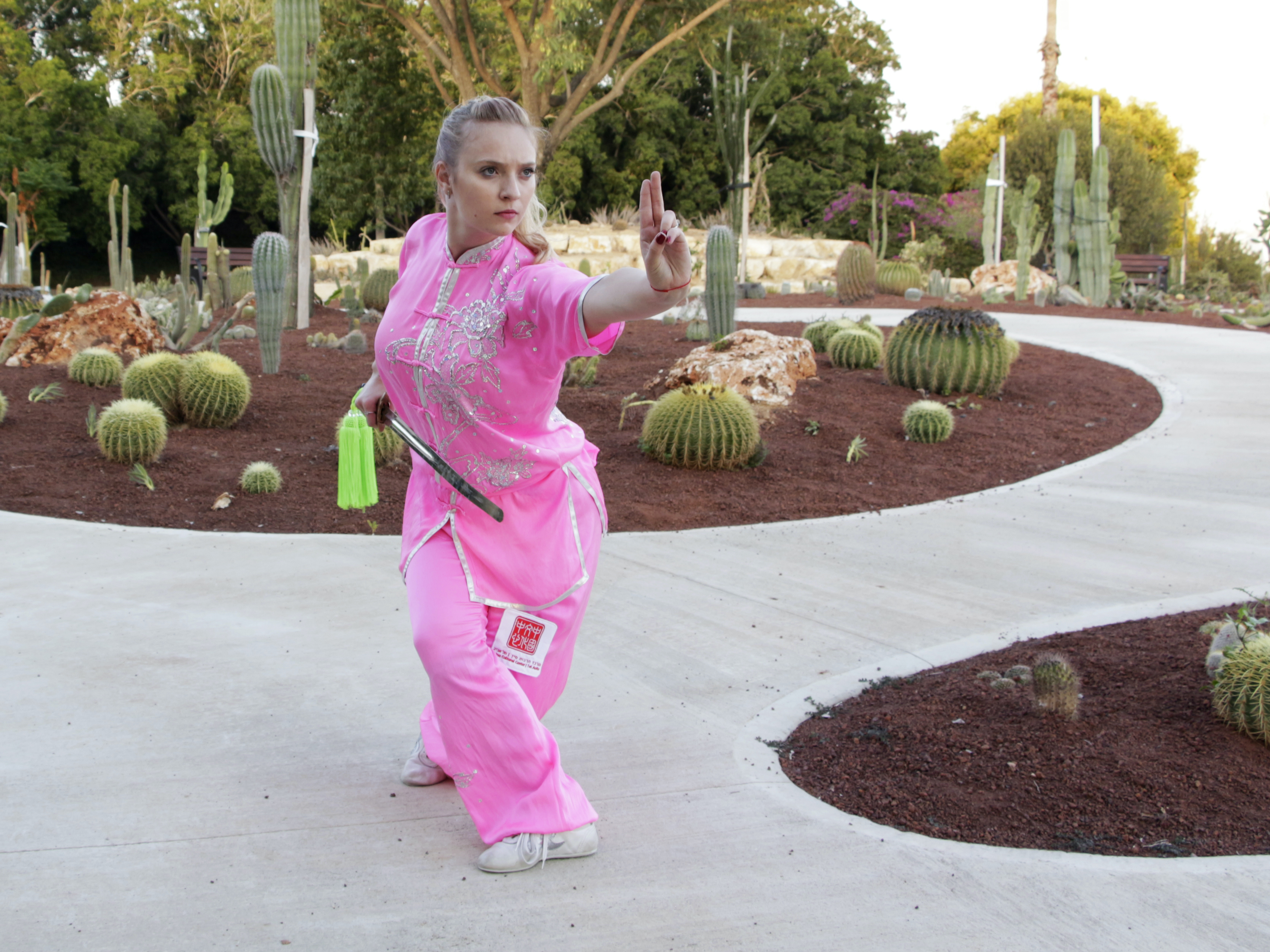