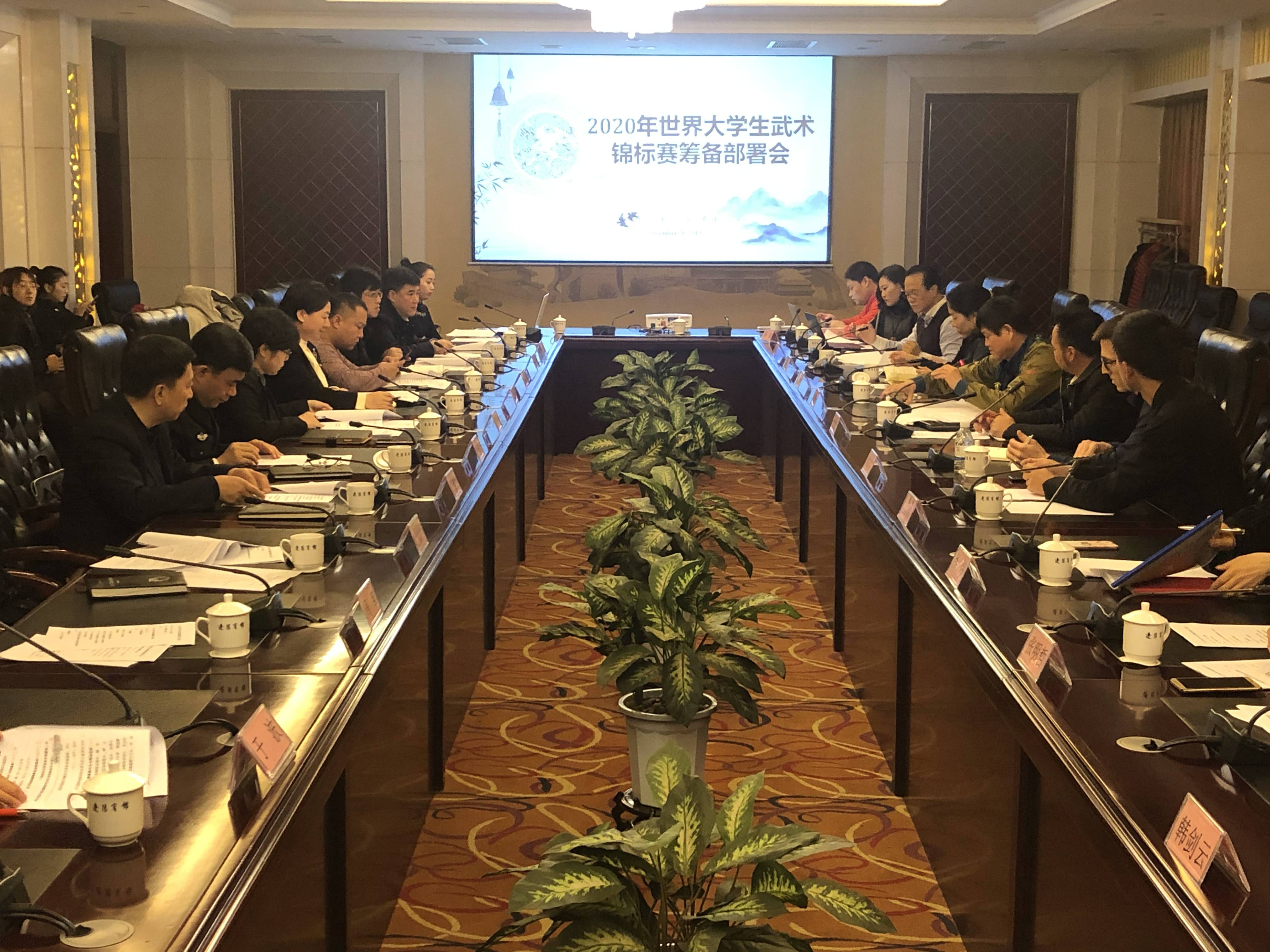 From November 25 to 26, 2019, FISU representative Mr. Julien Carrel, FISU TCC Mr. Iwan Kwok and Mr. Su Changlai, Secretary General of the National Traditional Sports Branch FUSC conducted a site inspection for the 2nd World University Wushu Championships to be held in Liaoyang, Liaoning Province, China from July 9-15 2020.  Yuanyang, Deputy Mayor of Liaoyang city, Director of the local organizing committees  (LOC) and other representatives from the LOC received the delegation warmly. The site inspeticion was successful and productive in various aspects related to this championships.

The 2nd World  University Wushu  Championships 2020 will host by the International University Sports Federation and organized by the Federation of University Sports of China and Liaoyang Municipal People’s GovernmentThe local organizing committee (LOC) was established and the Mayor of Liaoyang City is the Director of the committee. The LOC consists of 10 departments including the department of general administration, venue, competition, logistics, security, publicity activities, recreation and sports activities, volunteers, medical supports and anti-doping, and public proposals. 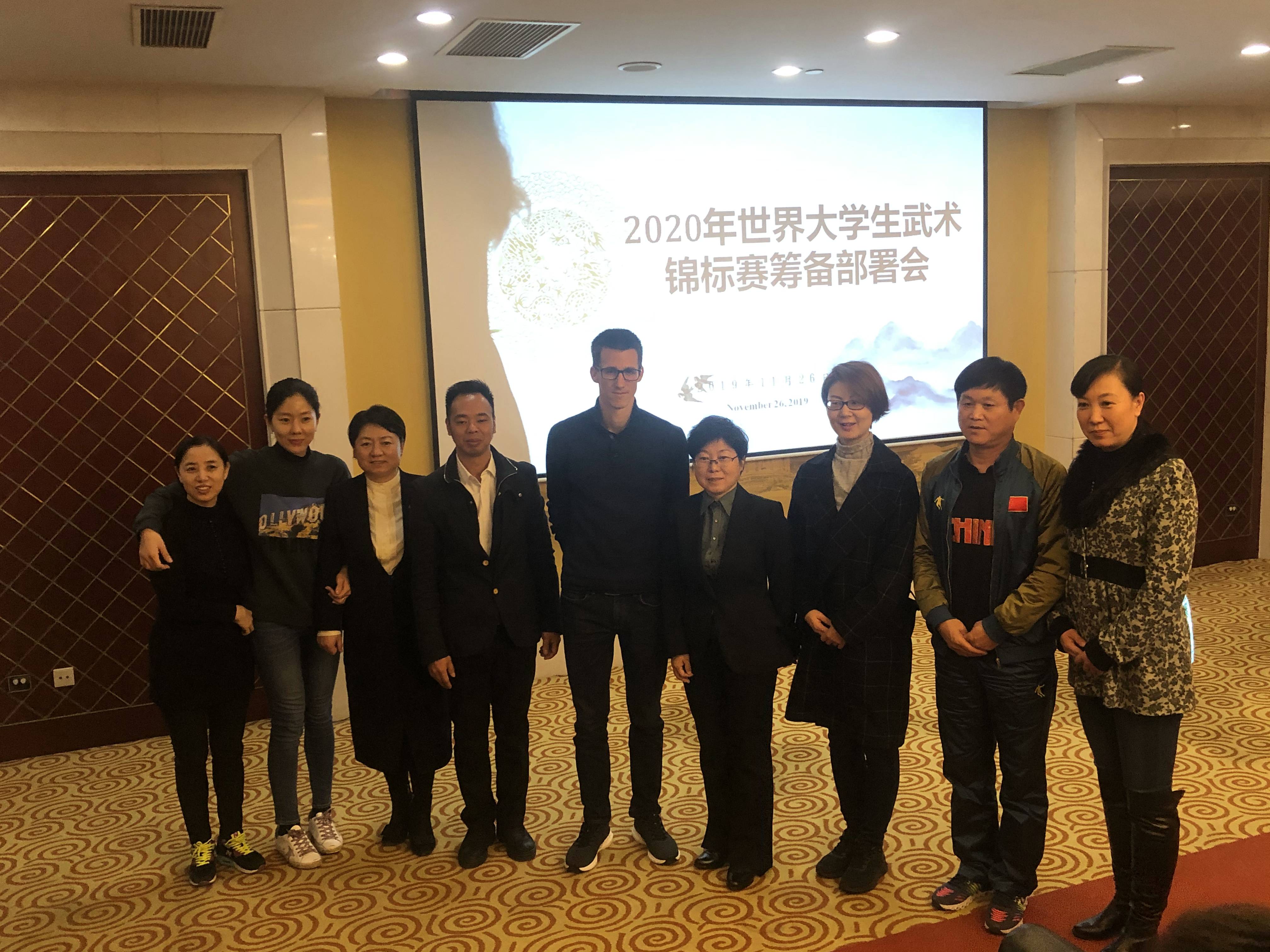 After visting the venue with the LOC, FISU confirmed  that Liaoyang Sports Hall will be the official venue of the championship. The sports hall has 3,200 fixed spectator seats , an advanced lighting system, fire protection, communication and network services, security, timer, sound amplification, large screen display equipment and other sports requirements events. The size of the Field of Play is 42 m x 58 m. The venue will be renovated and refreshed according to the Mayor Yuan Yang , and the renovation will be completed before the end of May  in 2020 to meet the standard of the championships.

The design of the emblem of China Liaoyang 2020 FISU World University Wushu Championships has been created strictly following the visual identification guide of FISU. Meanings of the emblem design are :

– The human-like character in the emblem is inspired by the Chinese character for “big大,” meaning that the championship was initiated by University Students.

– The human-like character is in the most representative color of Chinese culture, red, which represents joy, auspiciousness and also symbolizes Liaoyang’s passion as a host.

– The human-like character looks like a person doing a shadowless kick, which closely connects to the theme of the championship. 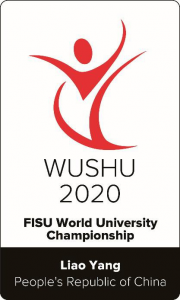