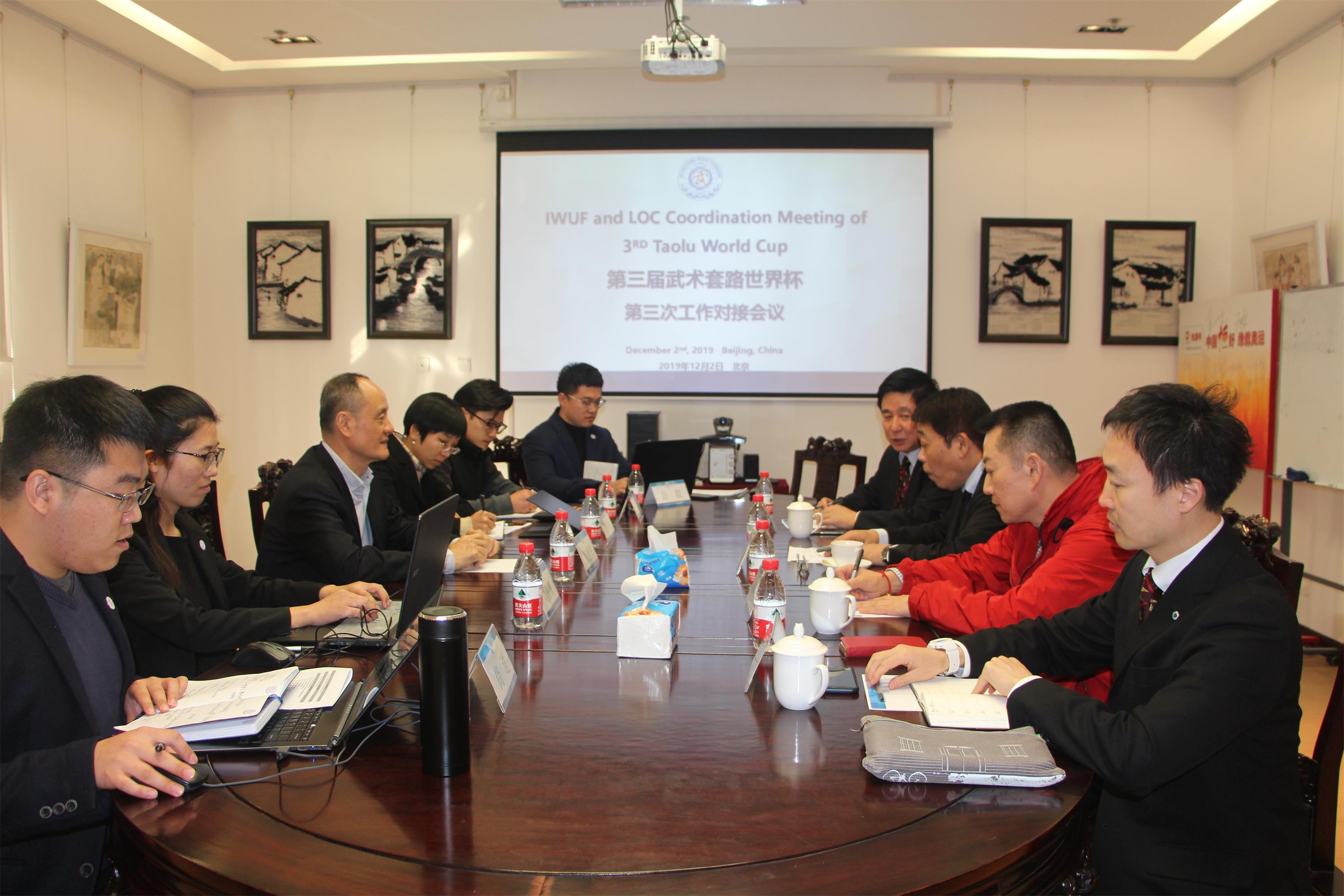 On the morning of December 2nd, the third IWUF and LOC coordination meeting for the 3rd Taolu World Cup (TWC) was held in Beijing, China. IWUF Secretary General Zhang Qiuping, Secretary General of the Japan Wushu Taijiquan Federation (JWTF) Hiroo Kawasaki and representatives of relevant departments from both sides, in total 10 persons, attended the meeting.

At the meeting, the JWTF delegation firstly made an overall report on the preparations for the event. Subsequently, the two sides conducted in-depth exchanges on the communication mechanism, competition venues, competition regulations, sports presentation, competition equipment, media and broadcasting, promotion, marketing, competition innovation and many other aspects related to the preparation of the 3rd Taolu World Cup. 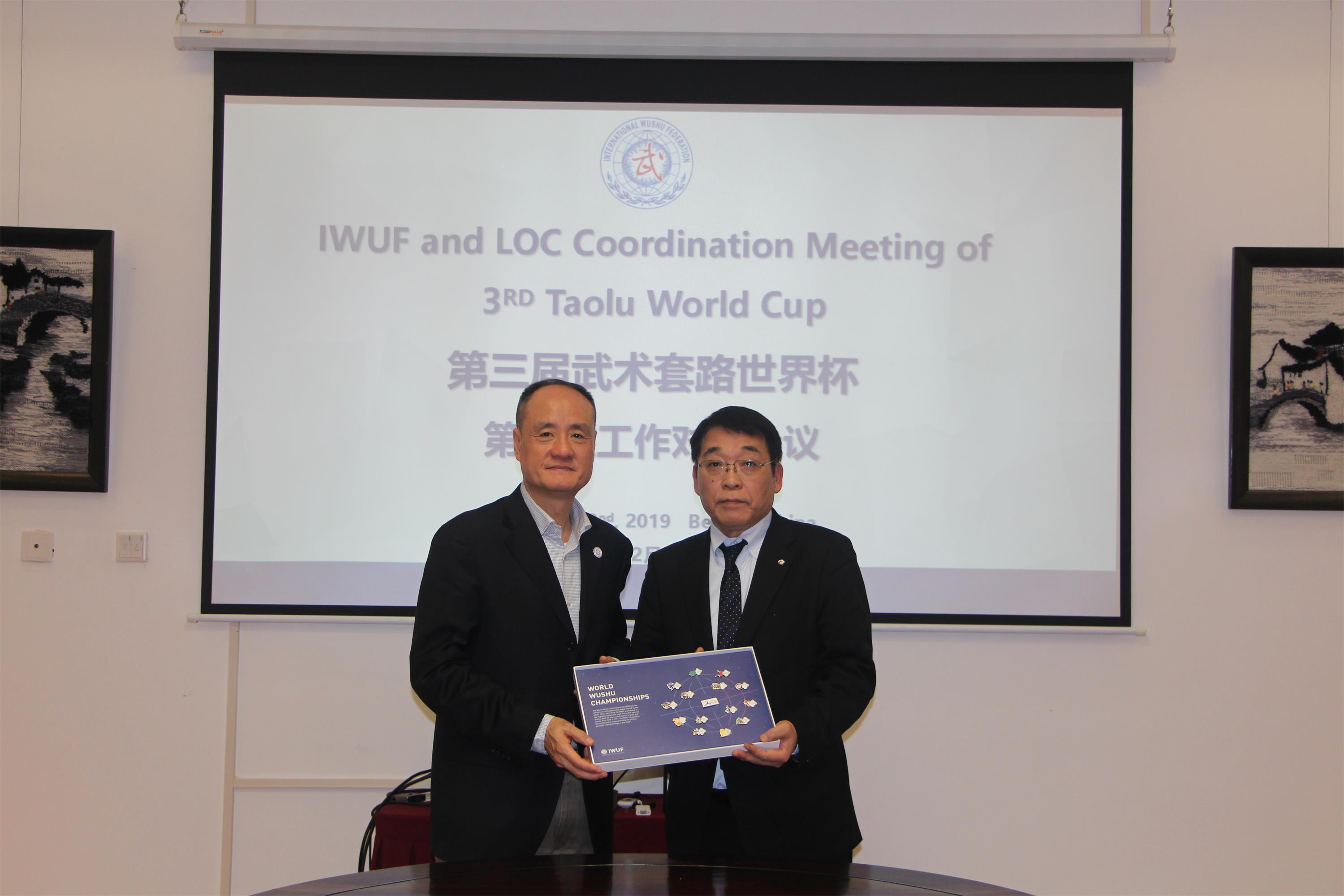 Secretary General Zhang Qiuping affirmed the of JWTF’s preparations for the event, and hoped that the LOC could make an all-out effort for for the preparation of the event so as to take the TWC to a higer level through actively explorating and innovating in competition operation, security, and sports presentation. It is believed that the JWTF will bring a wonderful Taolu World Cup to audiences from all around the world. 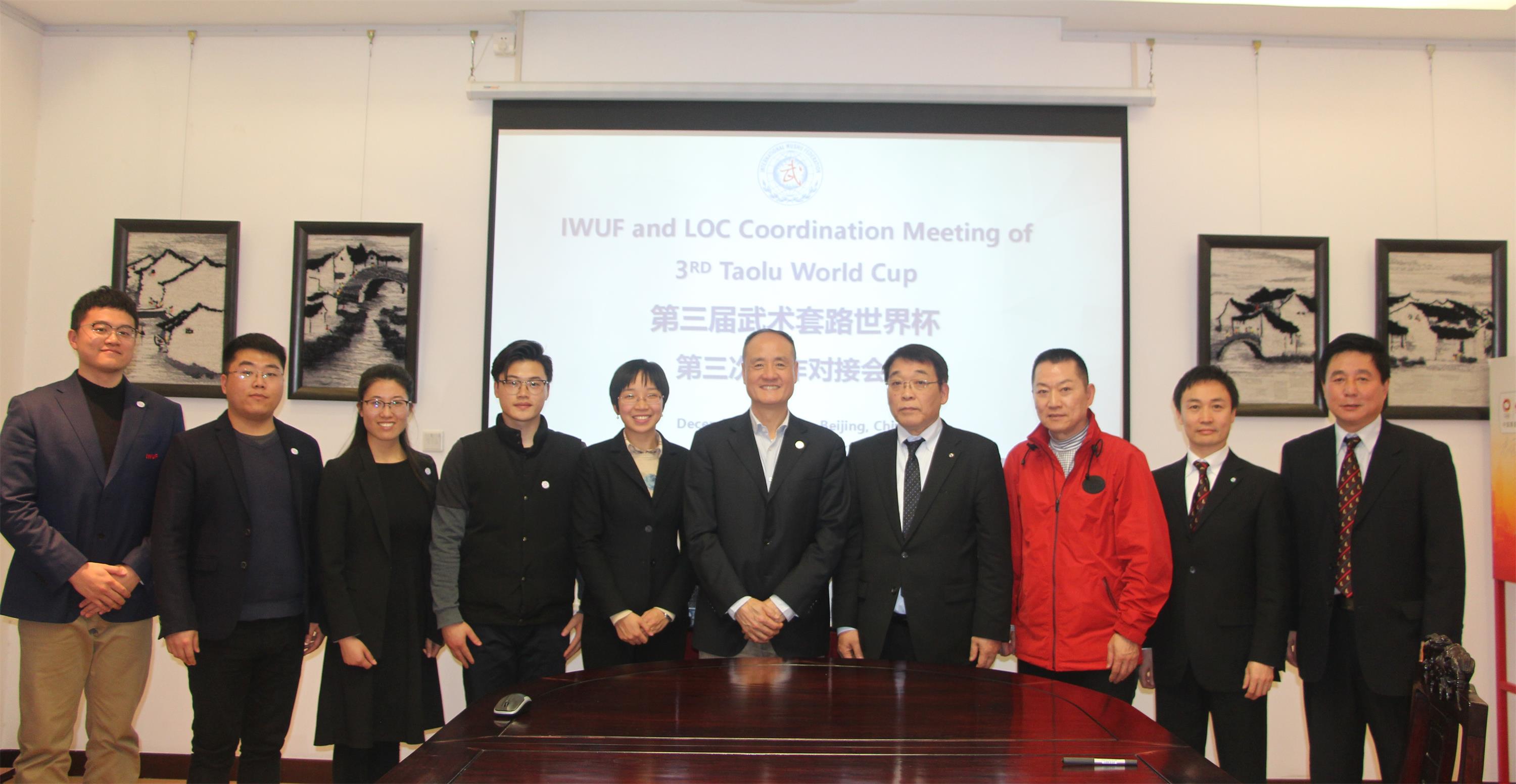