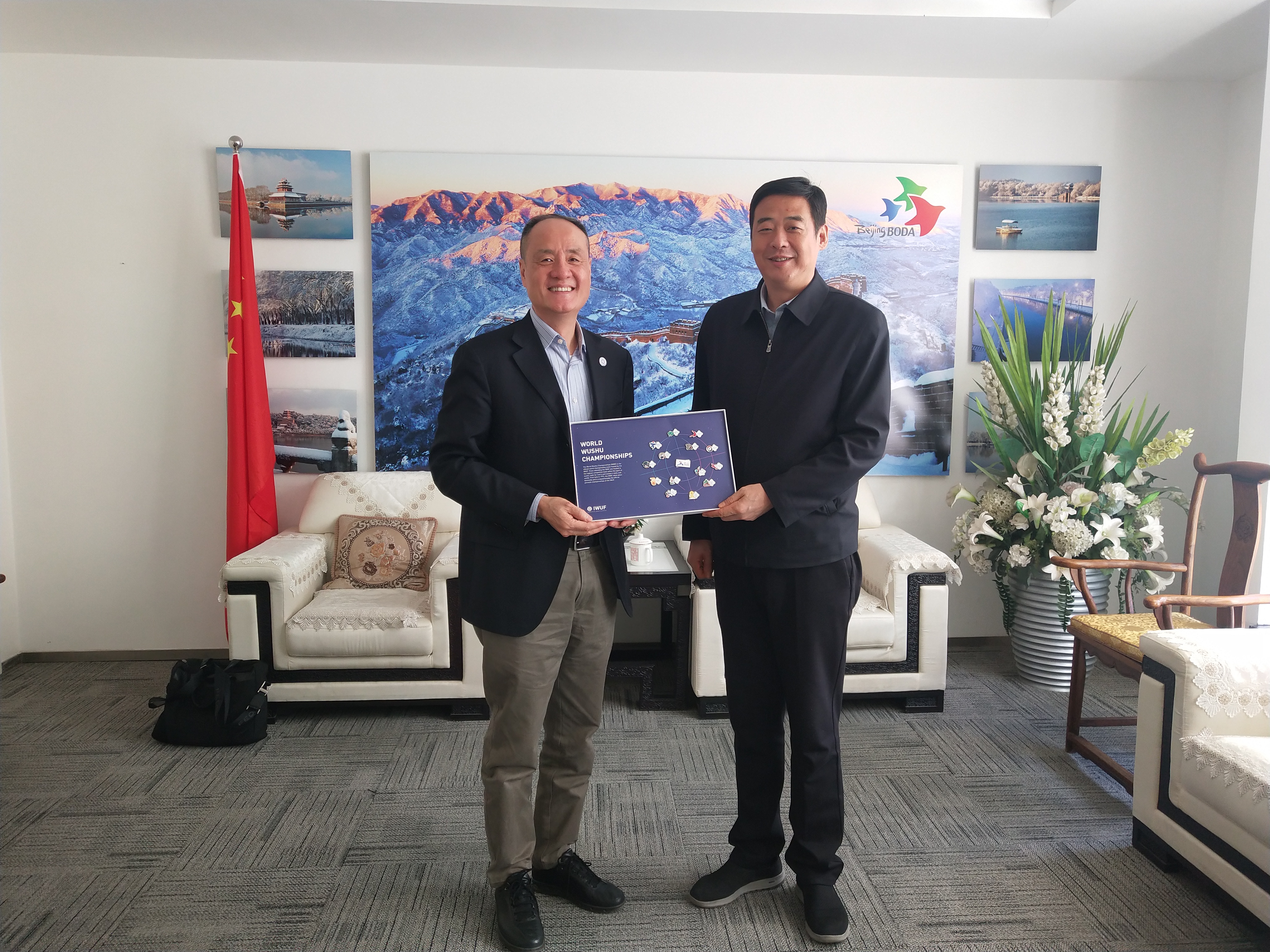 Both organizations will carry out in-depth cooperation on the 18th edition of SportAccord in 2020 to jointly increase wushu’s reputation among the global sport community and further expand the international influence of wushu.

Since its establishment in 1990, the IWUF has been actively promoting the development of wushu worldwide and now has 155 national and regional members across five continents. IWUF attaches great importance to the exchange and cooperation with the international sports community, and has attended the SportAccord convention several times. The 18th edition of SportAccord is set to take place from April 19 – 24, 2020 at the National Convention Center in Beijing, China. Coming back to Beijing after a period of 13 years is a very exciting prospect for SportAccord and all the international sports federations.

Next year’s SportAccord will coincide with the 30th anniversary of the establishment of the IWUF. The IWUF will carry out in-depth cooperation with the 2020 SportsAccord Organizing Committee, make full use of the SportAccord as an international sports platform, and take advantage of its host advantages. IWUF’s booth area will be the largest in history since participating in SportAccord. The event will multi-dimensionally integrate and display the sport of wushu and cultural elements in the opening & closing ceremonies, sport festivals, summit forums etc., showing the characteristics, features and international development of wushu and promoting its influence in the world of sports.

Zhang Qiuping, Secretary General of the International Wushu Federation expressed his sincere gratitude to the Organizing Committee of 2020 SportAccord, and especially to the Beijing Olympic City Development Association for its support and assistance in promoting the international development of wushu.