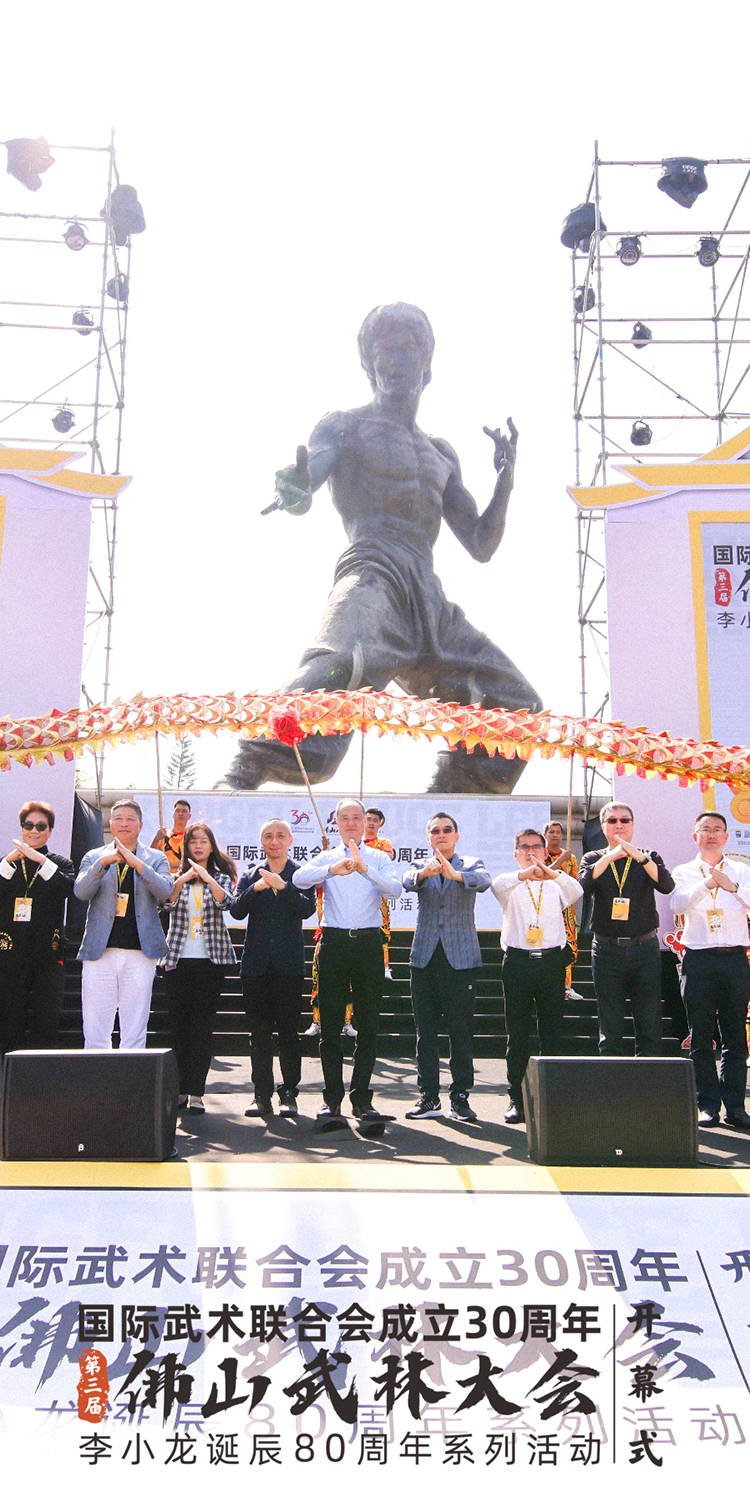 The opening ceremony began with a wushu performance named “Charm of Southern Style of Wushu”. Three VIPs delivered their speeches including Ms. TANG Leijing, Member of the Standing Committee and Director of the Publicity Department of Shunde District, Mr. HUANG Fuhong, Vice Chairman of the Foshan Municipal Committee of CPPCC; and IWUF Secretary General Mr. ZHANG Qiuping. Mr. Zhang pointed out in his speech that the IWUF, adhering to the Olympic spirit, practicing the Olympic values, and shouldering the mission of popularizing and promoting the sport of wushu worldwide, continues to grow and develop step by step since its foundation in 1990. The International Wushu Federation has now developed into an international sports organization with 155 national (territory) federations on five continents. Wushu has successfully entered the Youth Olympic Games, World University Games, World Games and other comprehensive multi-sport games. The international popualrity and influence of wushu sport has grown greatly in recent years.

He also noted that wushu contains rich humanistic ideas and sport values, which are in line with the concept of the modern Olympics and wushu is now loved by more and more people in different countries and regions. Millions of people gain happiness and health from practicing wushu. In the background of the Covid-19 worldwide pandemic, Mr. Zhang has called on everyone to promote the concept that practicing wushu is beneficial for health, helps build an optimistic attitude, and aids physical and mental health. He hopes the sport of wushu will contribute more to promoting the development of the international Olympic movement and the physical and mental health of the people all around the world.

IWUF 30th Anniversary Celebrations are themed in “Celebrate IWUF’s 30th Anniversary Together: Promote Wushu Together. Keep Healthy Together.” The celebrations include a wide variety of online and offline activities from August to December this year. Among them, the E-Cloud Celebrations of the IWUF’s 30th Anniversary are carried out with five sub-theme activities: E-Cloud Exhibition, E-Cloud Change of Profile Picture, E-Cloud Reminiscing, E-Cloud Blessing and E-Cloud Q&A,  which receive wide participation and enthusiastic responses from wushu associations, schools, clubs, communities and individuals across the world.