Mohsen Mohammadseifi is one of Iran’s most celebrated and decorated sanda athletes, winning five World Championship gold medals between 2011-2019. He has also won three Asian Games gold medals, and is currently training for the next edition of the Games in Hangzhou. 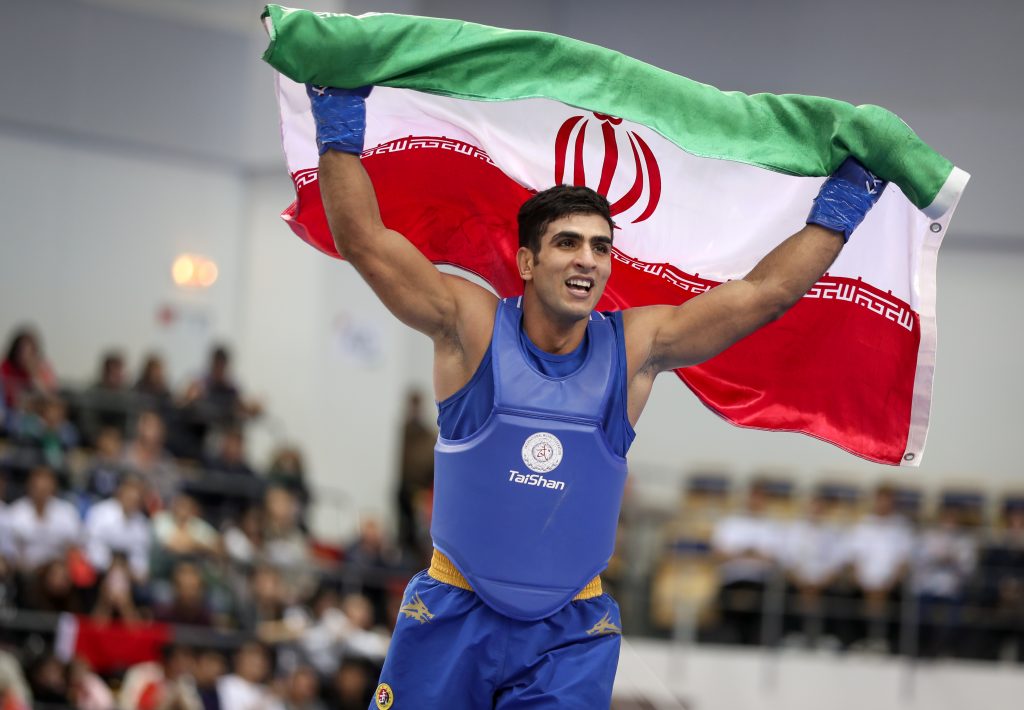 Mohsen hails from Zanjan city, in Zanjan province, where he started wushu under the supervision of Professor Ramin Mohadnia. “Sanda fighting, and the presence of this in the world of sport and Asian competitions in particular, including the Asian Games, made me attracted to this discipline,” he says. “I practiced other martial arts before wushu, and my initial training was not difficult for me, so I was able to learn sanda skills easily after a while.”

Sanda is a deeply competitive martial sport in Iran, with a dedicated program built by the Iran Wushu Federation that has made its national team’s one of the best in the world, alongside China. “My first competition,” recalls Mohsen, “was the Iranian national championship in the youth age group, where I won the third place and I was very happy. After that I practiced more and better than before.”

Motivated, Mohsen trained hard, fought his way up the ranks, and made it onto the national team for the 2009 World Wushu Championships in Toronto, where he did well. “I lost in the finals,” he remembers, “and won a silver medal. It is one of the bitter memories of my life that will never be forgotten.” But after this, there would be no mistakes – Mohsen went on to win five consecutive gold medals in a row at every World Championships between 2011 and 2019.  “Yes,” he says, “I have won 5 gold medals in a row. The most difficult final competition for me was in 2011, in Ankara, and the Shanghai 2019 World Championships was my favorite competition, which was held very beautifully. “ 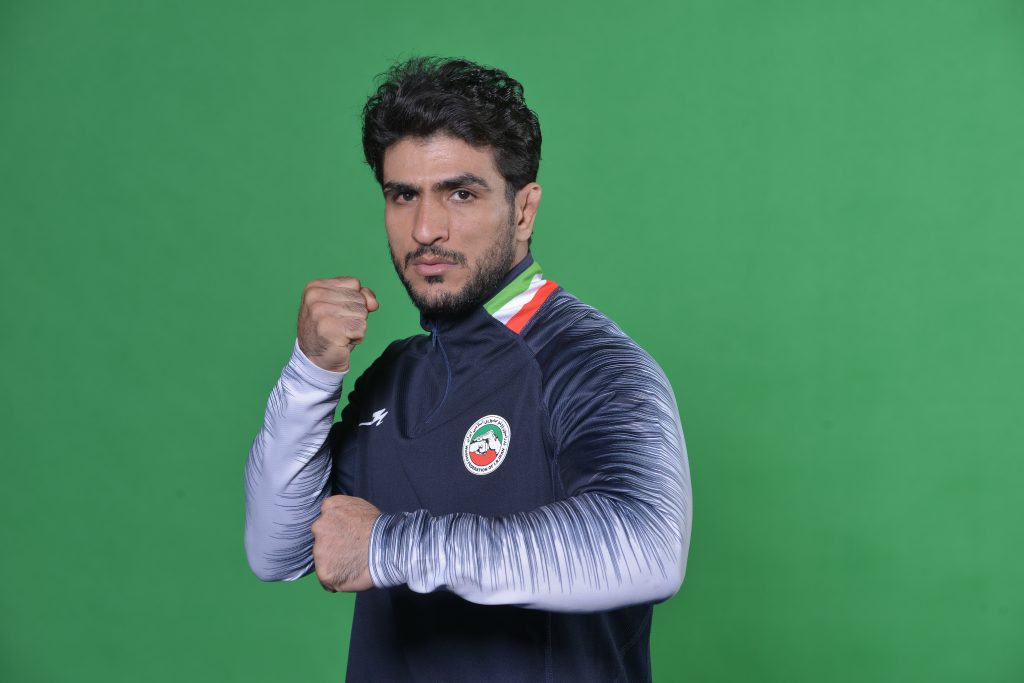 We asked Mohsen how he works to improve his sanda technique year after year, and the answer is – practice! “I am always training,” he says, “and I repeat the simple techniques of sanda a lot. That’s why every year I get better than the year before, and I have won gold medals in all my events. Of course I try my best to keep my physical fitness at a high level as well.”

For nations in the region of Asia, the Asian Games holds a sports competition stature comparable to that of the World Championships, and it is the multi-sport games many athletes set their sights on. “The Asian Games is very important for Asian countries,” says Mohsen, “from the point of view of ranking. All the highest level athletes enter it.” He first entered in the 60kg division in 2010 in Guangzhou to win his first Asian Games gold sanda medal. In 2014 in Incheon he won gold again, fighting at 65kg, and in 2018 he took a third gold fighting at 70kg. 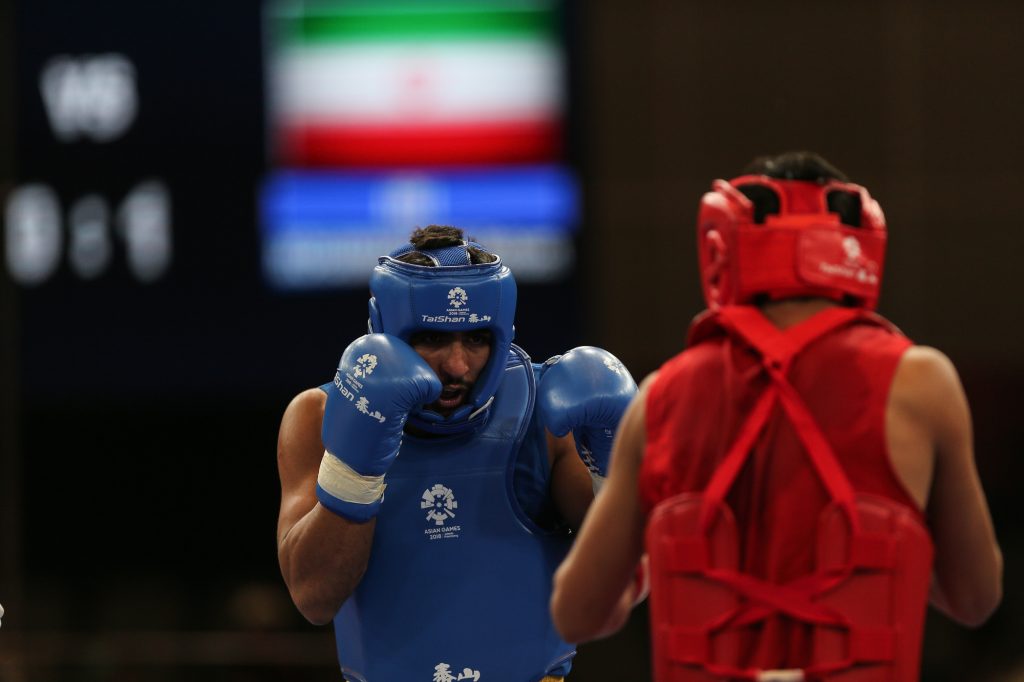 “My biggest challenge in sanda,” Mohsen says, “is to see the participation of this sport in the Olympics soon.” His teammates and fellow athletes forge a special bond in the experience they share. He describes, “We all have one heart and one voice and we do our best to gain honor for our beloved country (Iran). We are all close friends and live together in the camps. When traveling, I count the minutes to the start of competitions, and winning a gold medal in competitions is very enjoyable for me. I also have many friends from other countries.” 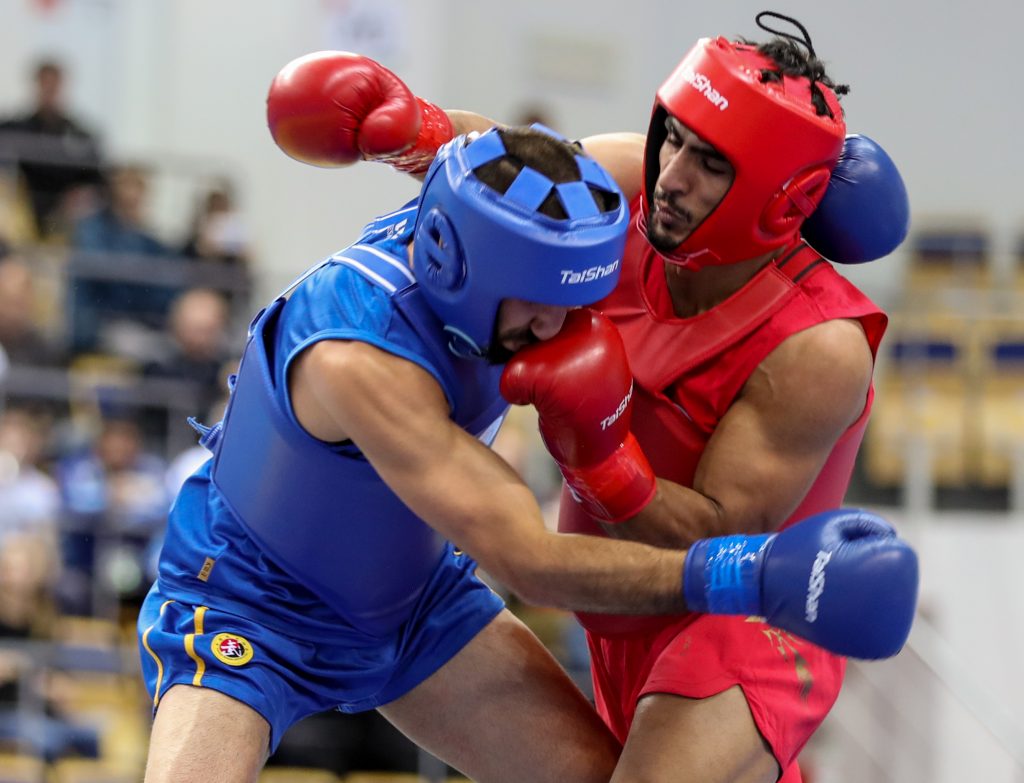 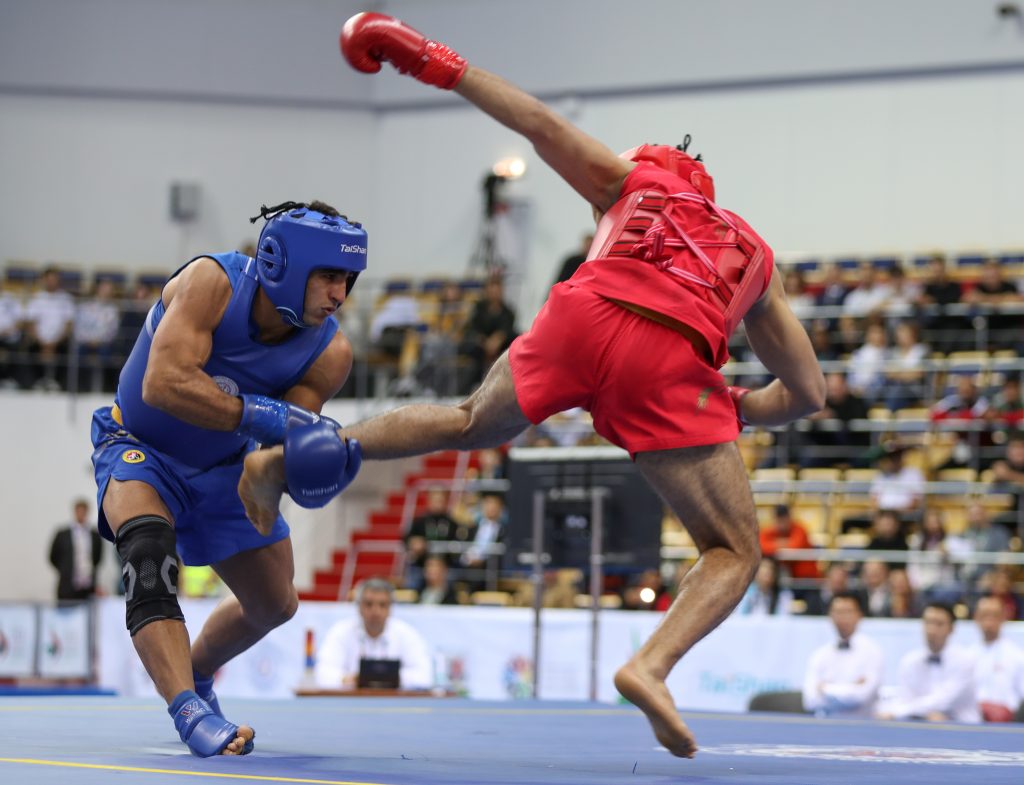 Mohsen is quick to give credit to his coaches and federation for helping propel his career over the past dozen years. He says, “Ramin Mohadnia is my personal trainer and I learned sanda from him. In addition, I also studied sanda under the supervision of Professor Wei Yangdong, the coach of the Iranian national team, Professor Hossein Ojaghi, Professor Mansour Nowrozi and Professor Mohammad Reza Jafari in the national team, who are all very special to me.  I always appreciate the efforts of all the teachers.  They have taught me courage, bravery, technique, and, really, how to fight. I think the success of our team is due to the excellent management in the Wushu Federation of the Islamic Republic of Iran, good and high-level coaches, hard-working athletes, and the existence of necessary facilities for all levels.”

After reigning at the top of the podium for so long, what’s next for Mohsen? He tells us, “My sport goal is to win the gold medal in the next Asian Games. My goal in my personal life is to raise my daughter and be there for her, and my family, which is dear to me. I am very interested in https://hotcanadianpharmacy.com/ serving my country’s wushu development after winning the championship. However, I am not thinking about retirement at the moment! Of course, I don’t have much time for fun, but mostly when I do I am with my friends, and I like to I go on trips.  I do mountain climbing for relaxation and listen to music in the forest.” 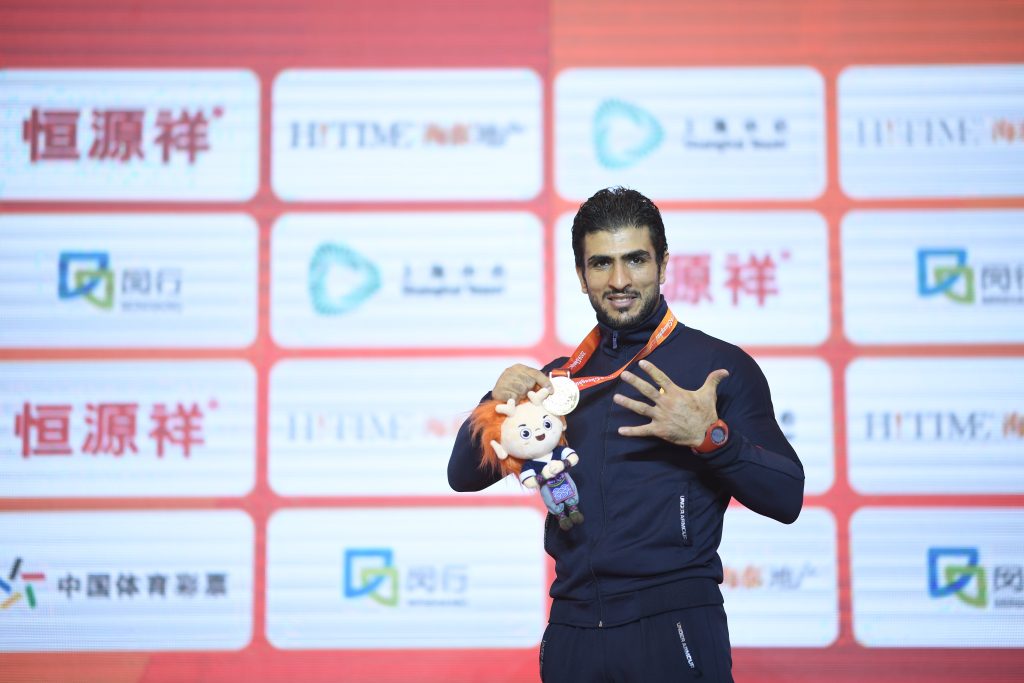 After seeing him fight so impressively at the last World Wushu Championships in Shanghai, this Iranian champion most certainly looked at the top of his game, and we look forward to seeing many more of his exciting gold medal sanda matches in the future.