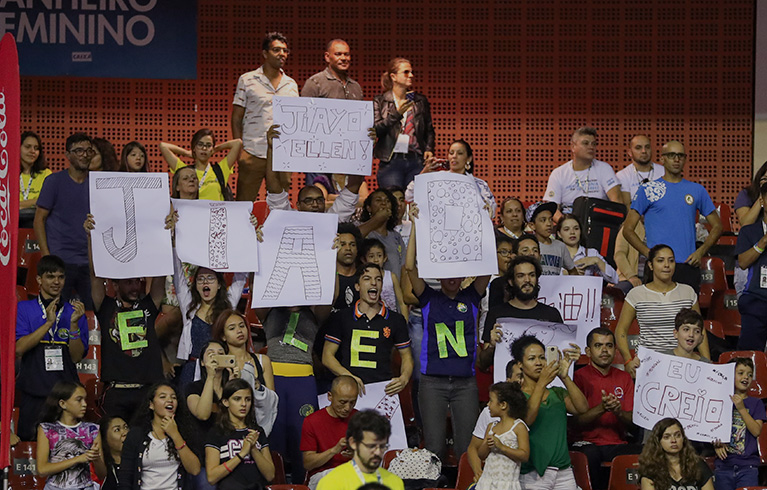 Since IWUF’s inauguration in 1990, wushu has successfully been included as a competition or exhibition sport in multi-sport games.

As the largest multi-sport games after the Olympic Games, the Asian Games is the most prestigious event organized by the Olympic Council of Asia. Held every four years, the Asian Games follow the sports program of the Olympic Games with swimming and athletics as the core sports, and featuring disciplines that reflect the diverse sporting culture of the Asian continent such as sepaktakraw (South East Asia), kabaddi (South Asia) and wushu (East Asia). The inaugural Asian Games took place 1951 in New Delhi, India, with 11 countries competing in six sports.

The 2018 Asian Games Asian Games (officially known as the 18th Asian Games, XVIII Asiad, and Jakarta–Palembang 2018), was a pan-Asian multi-sport event held from August 18 – 2 September in the Indonesian cities of Jakarta and Palembang.

In 2021, IWUF  was accepted as an official member of  the International World Games Association (IWGA) .

For more information about the coming 2022 TWG including Qualification Athletes and Teams, General Program, you can find Wushu Competition- The World Games 2022 in Multi-Media-Download section.

The World Combat Games were initiated by SportAccord, the umbrella organization for international sports federations and organizers of sports events, in order to bring these sports closer to a worldwide public. The World Combat Games are accompanied by a cultural program that reflects the ancient traditions and values of martial arts as well as their contribution to modern society.

The 2017 4th Islamic Solidarity Games was a multinational, multi-sport event held in Baku, Azerbaijan from May 12-22.